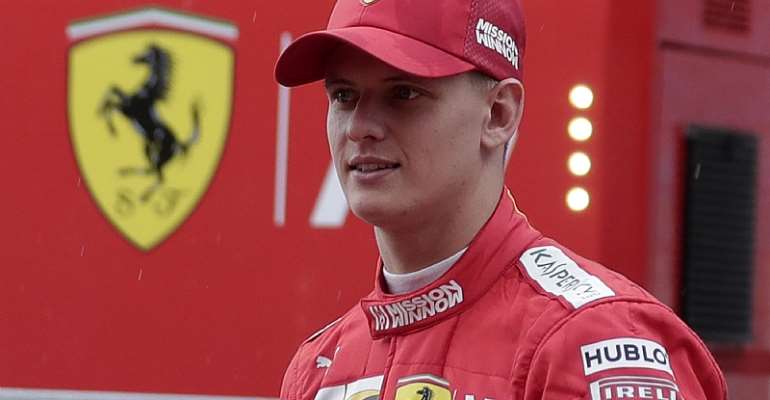 Mike Schumacher climbs his father's Ferrari F2004 at the Hockenheim-ring

The Mick Schumacher junior, enjoyed the demonstration drive in an old Ferrari of his father Michael in front of the Formula 1 home crowd in Hockenheim.

"When the engine finally started, it was already pure emotion," said the son of the Formula 1 record world champion after his few laps long drive on Saturday shortly after the final practice for the German Grand Prix. "Of course, I would have preferred to drive a few more laps, preferably all day," reported the Formula 2 driver and Ferrari offspring with a smile.

Jean Todt happy for Mick Schumacher junior
On Sunday (12.45 p.m.) he drove further trial rounds. Schumacher junior drove an F2004 of the Scuderia, with which his father had won his last of seven previously un-reached World Championship titles in 2004.

"I was so happy, I had a smile on my face throughout all the laps I drove," said Mick Schumacher junior, who waited impatiently for his exit on Saturday. "Those ten minutes that I had to sit in the front pit lane of the car felt like hours.

Motorsport World Association President Jean Todt, who was Michael Schumacher's team manager at Ferrari, praised the son of the Formula 1 idol. "I wish him the best for the future, he is a great boy with a very nice personality and he loves racing," said Todt.

In the actual race on Sunday (15:10) World Champion Lewis Hamilton goes from pole position. The British Mercedes pilot relegated Max Verstappen (Netherlands) in Red Bull and his team-mate Valtteri Bottas (Finland) to second and third places in qualifying. Saturday was disappointing for Sebastian Vettel from Heppenheim, who was unable to complete a lap due to a problem with the turbocharger of his Ferrari and therefore had to start the race from the end of the field.