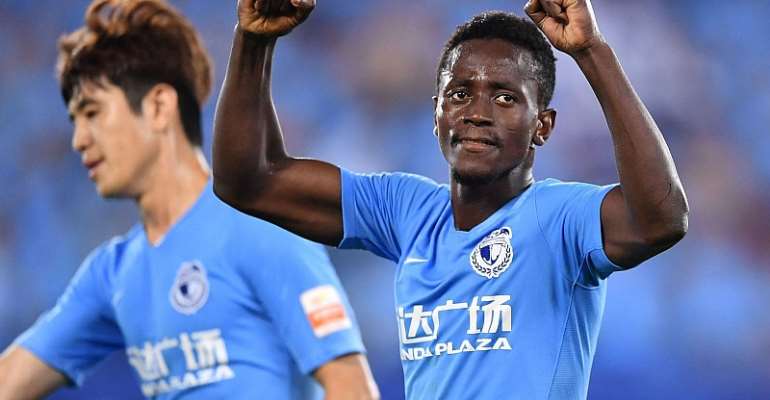 Emmanuel Boateng scored his eleventh goal of the season to propel Dalian Yifang FC to another home victory on Saturday afternoon.

The Ghanaian striker grabbed the only goal for the Sea Blue lads with a powerful header on the 20th minute of the game.

The 23-year-old was replaced by former Newcastle United star Solomon Rondon after lasting 75 minutes of the match.

Boateng has netted 11 goals in his 13 appearances for Dalian Yifang FC in all competitions this season.

Suspend Sammy Gyamfi if he fails to apologize to Speaker, Ha...
12 hours ago

Shame on you for abandoning post for 3 hours to go drink tea...
12 hours ago