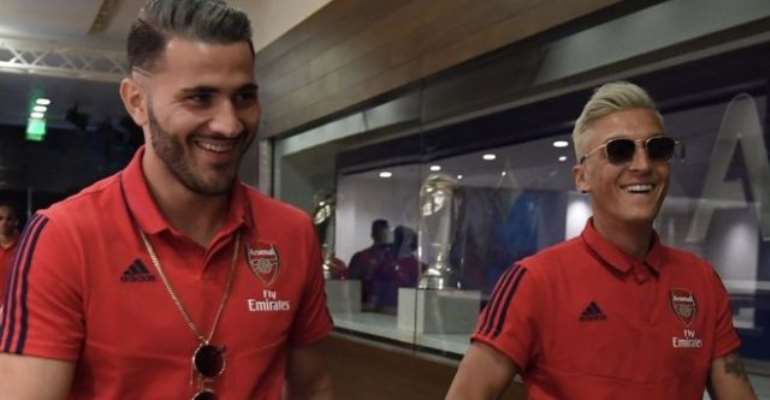 Arsenal footballer Sead Kolašinac has said he and his team-mate are "fine" after the pair were involved in a carjacking attempt by an armed gang.

Both Kolašinac and Mesut Ozil escaped uninjured, along with a female passenger, in the attack in Platts Lane, near Golders Green, north-west London, at about 17:00 BST on Thursday.

Kolašinac can be seen in CCTV footage chasing off one of the carjackers.

Posting a photo of himself and Ozil on Twitter, he said: "Think we're fine." 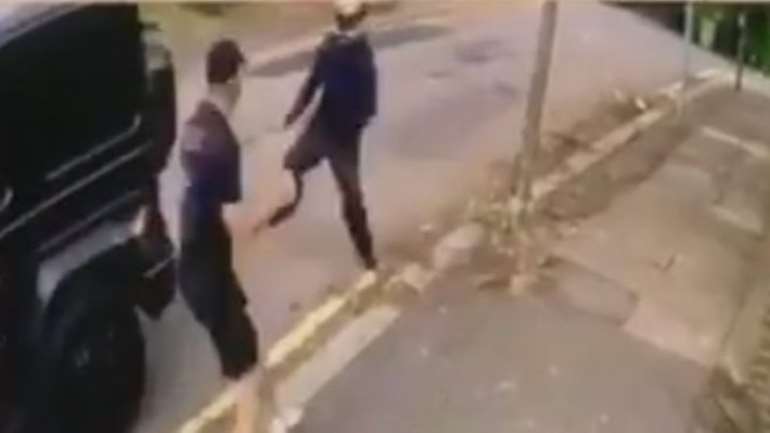 In a video that has circulated on social media, full-back Kolašinac, 26, is seen defending himself against two men who are wielding knives.

The Bosnian confronted the masked-men who had pulled up on mopeds before he, Ozil and the female passenger in the car got away.

A witness said he saw two men on mopeds holding roof tiles in their hand chasing the vehicle.

Simon Collins, 46, said: "I think the intention was to smash the tiles through the wagon window.

"They were proper masked-up, nasty types with no plates on the mopeds."

Following the attack the players sought refuge in a Turkish restaurant in Golders Green.

Manager Yasmin Tahsiner said she received a call from Kolašinac, as well as Ozil's wife Amine explaining they were being chased by two attackers on mopeds.

"They parked the car outside the restaurant... but before that they had been chased for five or 10 minutes.

She said Kolašinac had acted heroically, and added: "From what I've seen, both [players] handled it very well."

Outside his home on Friday Ozil was asked if it was a "scary experience", to which he responded: "It was different. But it's OK now."

A Met Police spokesman said: "It was reported that suspects on motorbikes had attempted to rob a man who was driving a car.

"The driver, along with his passenger, managed to get away unharmed and travelled to a restaurant in Golders Green, where they were spoken to by officers."

The owner of a property near where the players were attacked said he had been targeted five times in the same area, including one where he had a knife held to his neck.

It is understood the two players are returning to training and there are no concerns over their participation in the Emirates Cup this weekend.

All the squad will be reminded of how to keep safe and the club is said to be constantly reviewing security measures with independent experts and the police.