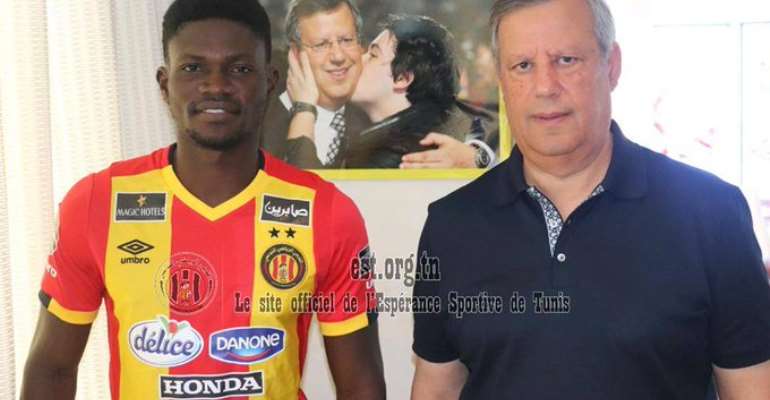 Ghanaian international, Kwame Bonsu has been unveiled as a player of Tunisian Club Esperance.

The talented midfielder completed his transfer to the North African side after the Club received his International Transfer Certificate (ITC) from Kotoko.

The 26-year-old was shown to the public as the new signing for the Club.

He left Kotoko after just nine Months with the Club where he helped them to the Group stage of the CAF Confederation Cup.

He also won the NC Special Cup with the Club.