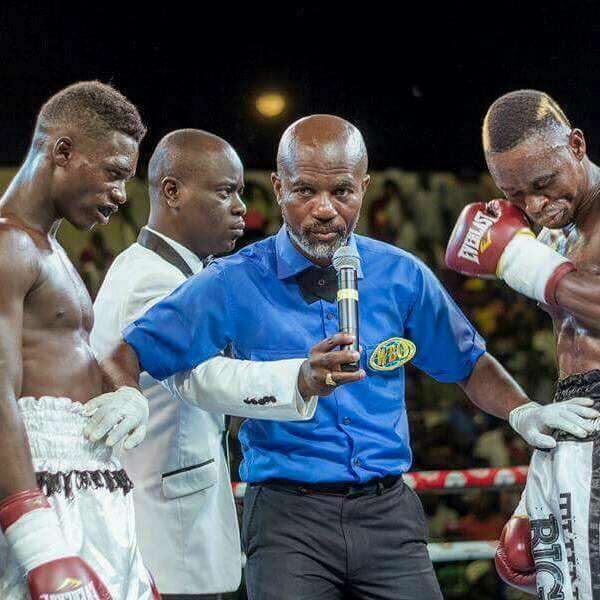 Ghanaian top boxing referee, Roger Barnor who is accredited by the British & Ireland Boxing Association (BIBA) has been offered an international assignment to officiate on two big bills in South Africa.

Barnor who is one of Africa’s best boxing referees will be in the ring at the International Convention Centre in East London, Eastern Cape, South Africa on Saturday to handle the World Boxing Organisation (WBO) Inter-Continental Super Flyweight Title between Yanga Siggibo and Joseph Ambo.

The next day, on Sunday, July 28, 2018, he will be at the Orient Theatre, East London, Eastern Cape for another fight.

Barnor who spoke to Yours Truly before flying to RSA said he is trying his best to develop and promote the art of boxing refereeing in Africa.

The SWAG award winner said it is about time more of the youth in Africa take boxing officiating serious.

He said putting the name and flag of Ghana across the continent and other places excite him most as he aspires to do his best in all assignments.

Roger Barnor a native of James Town who loves Bukom said it is about time African nations use boxing for sports tourism.

He added that places like the Bukom Boxing Arena and the over 20 boxing gyms can also pull tourists from abroad and foreign exchange to the country.

He also supported the idea of supporting and motivating female boxers.