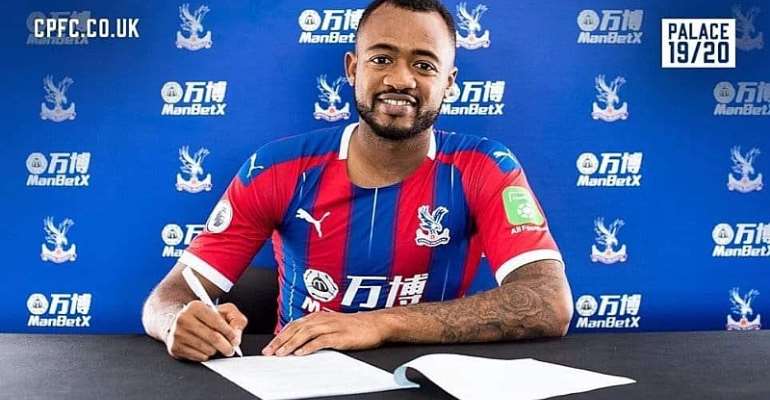 According to reports, the fee is around £2.5m with add-ons for the Ghana international, who scored twice in 25 appearances for Palace last season.

"I am very happy to have returned. I really enjoyed myself last season," he said.

The 58-cap international signed for Swansea from Aston Villa in January 2017.

Jordan Ayew scored 12 goals in 58 appearances in all competitions before signing the season-long deal with Palace last summer.

Swansea have been keen to cut their wage bill with chairman Trevor Birch admitting some players' salaries were "potentially crippling" the club.

Record signing Andre Ayew - Jordan's brother who has two years left on his contract - spent last season on loan at Turkish side Fenerbahce, with Swansea open to offers for the 29-year-old.