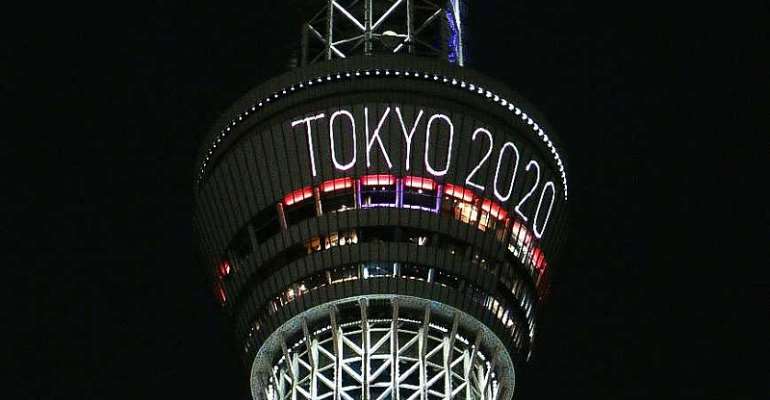 Since July 13, Tokyo Skytree, the world's tallest tower at 634 meters, has been adorned with special lighting and laser mapping to commemorate the start of the last year before the Tokyo 2020 Games, with the Organising Committee of the XXXII Olympiad having lined up a series of engaging events to celebrate this significant one-year countdown milestone.

Until August 9, the Tembo Deck (350 metres), will project the Olympic colours - blue, yellow, black (represented by deep purple), green and red – and a laser-mapped countdown timer displaying the number of days until the Tokyo 2020 Games. Then from August 12 to September 12, the Paralympic colours will be on display.

The Olympics will kick off exactly one year from today (July 22), with women's football group stage matches and group games in softball, one of the sports that has been added to Tokyo 2020.

However, July 24, the day of the Opening Ceremony is recognized as the Games’ official start date. Hence the one year to go milestone will be officially marked on Wednesday with a special ceremony, organised in conjunction with Tokyo Metropolitan Government, to be held at the Tokyo International Forum with the International Olympic Committee (IOC) President Thomas Bach, 2020 coordination commission chair John Coates and Tokyo governor Yuriko Koike expected to be in attendance.

Visitors will feel the Tokyo 2020 Games from the moment they arrive Haneda Airport, which is being colourfully decorated with the same theme that will be used for the Games. The decorations will last from July 24 to September 6.

MESSAGES Wednesday's event, which will culminate in the much-anticipated revelation of design for next year's Olympic medals, will present a platform for representatives of the Tokyo Organising Committee of the Olympic and Paralympic Games, the Tokyo Metropolitan Government, and the IOC to each deliver a message containing their thoughts about welcoming this one-year-to-go moment.

Also at the ceremony, the IOC will hand out Tokyo 2020 invitations to the National Olympic Committee representatives. The forum will also feature a public event, where attendees will be able to try 15 of the 33 Olympic sports at various stands, with athletes and the Olympic mascot Miraitowa expected to join in the fun.

"We will look back at our preparation efforts that started approximately six years ago when Tokyo won the bid," an official statement reads.

"We will deliver a message to all athletes worldwide, welcoming them to the Tokyo 2020 Games. We will have athletes take part and artists delivering a special performance.

MEDALS "And the moment people have been waiting for – the design of the Tokyo 2020 medals will be revealed."

After the medal design, selected from the 421 design applications submitted to the Medal Design Competition, has been unveiled, the designer will take the stage to “share the concept and the emotions that went into the design”.

Around 5,000 medals will be produced from metals recycled from mobile phones and electronic devices following a two-year collection campaign that concluded in March as part of the Tokyo 2020 Medal Project - an initiative launched in April 2017 to highlight the need for recycling while engaging the general public in the preparations for Tokyo 2020.

PERFORMANCES To open Wednesday’s ceremony, former rhythmic gymnast Honami Tsuboi will perform to the sound of Tsugaru-jamisen (a guitar-like Japanese instrument) played by the world-renowned Yoshida Brothers. The performance will also feature a projection mapping display created under the supervision of Panasonic Corporation, one of the worldwide Olympic and Paralympic partners. Then a musical performance by Tokyo Ska Paradise Orchestra will close the event.

Starting from Fukushima Prefecture on March 26, 2020, the flame will traverse Japan in the space of 121 days, reaching the Olympic Stadium on July 24. Under its slogan, “Hope Lights Our Way”, it aims to build excitement across the country ahead of the Games and also express solidarity with the regions still recovering from the 2011 earthquake and tsunami.

The role of the astronauts will be to broadcast supportive messages for the Olympic and Paralympic torchbearers from the International Space Station (ISS). “During their orbits of the earth the astronauts will also undertake various initiatives aimed at bringing an extra-terrestrial dimension to the torch relay and boosting global awareness of the Tokyo 2020 Olympic and Paralympic Games as the build-up to them continues,” the organisers added.

STREET DECORATIONS Other events scheduled to mark one year to the Tokyo 2020 Games include street decorations which will be displayed along Chuo-Dori street in Nihonbashi from July 23 to August 25 by gold partners Mitsui Fudosan. The visuals will feature athletes, spectators and images of the overall support towards the Games.

Also, a Tokyo 2020 caravan, organised by the Nippon Life Insurance Company, has been travelling through prefectures in the Kanto region to promote the Games, and Tokyo 2020 plans to sell memorial products bearing the “One Year to Go” logo, such as T-shirts, pin badges and 3D crystal items.

The Olympics are scheduled to take place from July 24 to August 9 next year, while the Paralympics commence two weeks later on August 25, to end on September 6.