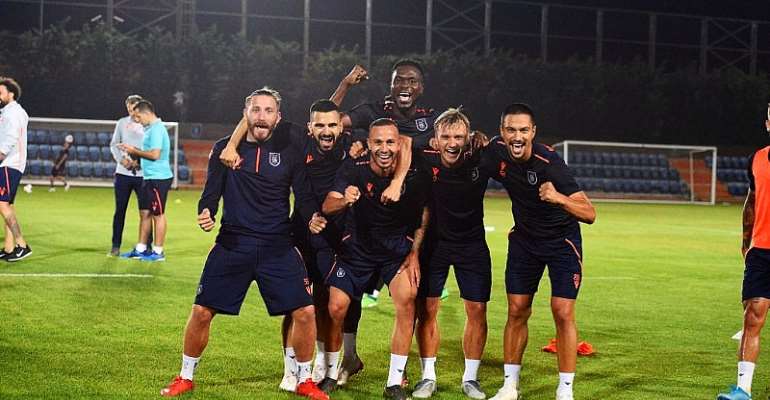 Ghanaian defender, Joseph Attamah Lawerh has returned to İstanbul Başakşehir following his national assignment with the Black Stars at the 2019 Africa Cup of Nations (AFCON) tournament.

The versatile player who flourishes at any position in defense earned a call-up to the Black Stars squad that represented the West African giant at the recently held AFCON in Egypt.

His team only managed to make it to the round of 16 stage where they were sadly knocked out by the Carthage Eagles of Tunisia. Though Attamah did not play a key role, he was given some days off to spend with his family.

Having enjoyed two weeks at home, the player has now joined his teammates as they step up their pre-season training for the upcoming 2019/2020 season.

The 25-year old made just 11 appearances for İstanbul Başakşehir last season but is now eager to cement a place in the starting lineup to ensure he gets more minutes when the new campaign starts.

The Turkish Super Lig side has lined some friendly matches in the next couple of weeks to test the strength of the team. Attamah Lawerh is in line to feature and will try to make a case for a starting role in the side.