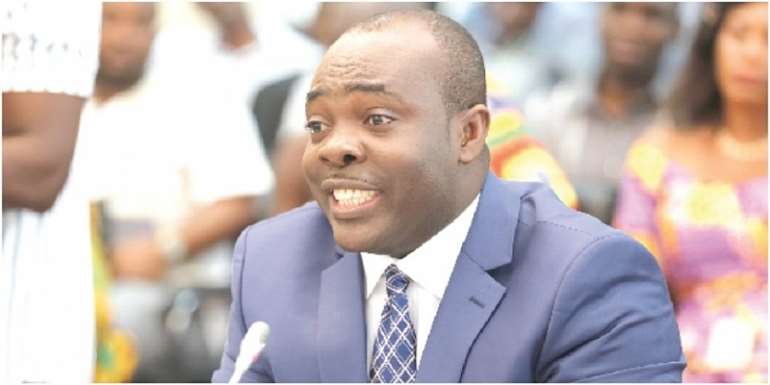 The Minister of Youth and Sports, Isaac Kwame Asiamah has today presented Parliament with an itemised breakdown detailing Ghana's expenditure at the 2019 African Cup of Nations in Egypt.

Prior to the tournament, media reports had suggested that the nation had budgeted between $7m and $15m for the competition.

However, the MOYS had denied the reports and promised to account to the people's representatives after the one-month biennial tournament.

Mr Asiamah who was harangued by the media to disclose the budget before the tournament, finally announced to Parliament that the country budgeted 6.3 million dollars for the campaign which ended in defeat for the Black Stars.

He stated that the approved budget comprised expenditure for a training tour and other tournament related activities, adding that $1.7m which was not expended will be returned to the state.

Bonuses
Per the breakdown provided by Mr Asiamah, a total of 1,489,432 was spent on winning bonuses for the 23-man squad of players, the technical team and additional winning bonus to additional technical staff.

It will be recalled that Ghana played four games before suffering elimination at the hands of Tunisia. The Stars won only one game against Guinea-Bissau (2-0) and drew 2-2 with Benin and played out a 0-0 draw with AFCON holders Cameroon in the group stage.

The details of the expenditure are as follows...