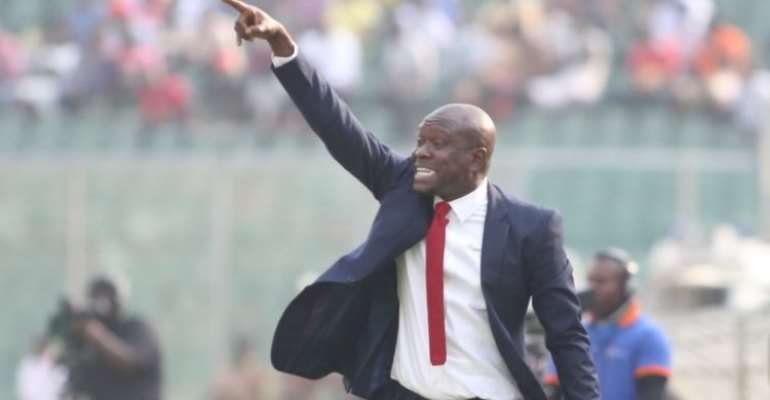 Council for CK Akonnor, Prosper Yaw Ntow has revealed that his client is not in a position to accept Kotoko’s appointment as a Technical Director of the club following his relieve as head coach.

The former Dreams FC manager led the Porcupine Warriors to lift the GFA-NC Special Competition trophy to qualify the team to the CAF Champions League campaign next season.

Shockingly, the club relieved the former Black Stars skipper from his post as the head coach of the club indicating his been appointed as the technical director of the club.

However, Prosper Yaw Ntow has insisted that his client will not accept the new role given him and is ready to battle with the club based on the contractual terms of his initial contract with the club.

“We all have the contract, we all read the contract and it cannot happen that if you read that contract you can think that you can twist the job from head coach to technical director, it’s not possible," council Ntow told Fox FM in an interview.

According to Akonnor’s council, his client has written to Kotoko turning down the appointment to be Technical Director of the club and that Kotoko is already aware that he doesn’t want that job.

Asked if Akonnor intends to take any legal action should Asante Kotoko refuse to implement the terms of Akonnor’s contract based on which he seeks compensation, council Ntow quickly answered in affirmation.

“As for that it is very obvious, the steps spelt out in the contract which was accepted by both parties to follow in case of any breaches are exactly what we’ll follow”, he assured.

“There are procedures in the contract, steps which need to be followed in case of disagreements, so we will follow, we will follow till the end, that one I promise, so by all means, the place where the matter must be determined, the matter will be determined in those places, he threatened.

Asante Kotoko appointed former Ashanti Gold SC coach Kjetil Zachariason as Akonnor’s replacement to take the club to the Champions League which begins from the weekend of August 9-11 but are yet to comment on the club’s current position on the fate of CK Akonnor.