The Gambian Footballer Signed And Sacked In A Day 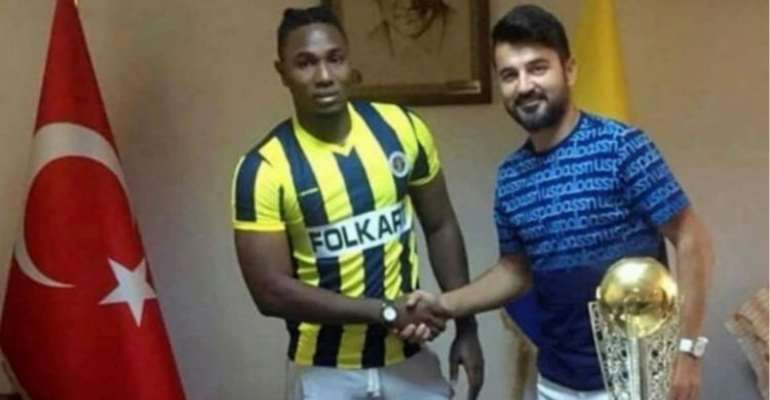 Gambia‘s Alpha Jallow was signed by Memenenspor football club in Turkey on July 8.

That action meant Jallow’s dream of playing professional football in Europe at the top level was just about to become a reality.

But just within 24 hours, that dream was shattered after the club terminated the contract for a reported mistaken identity.

Jallow was signed together with Ivorian footballer Ibrahim Sangare from Gd Alconchetense a third division club in Portugal and Giresunspor’da of Turkey respectively.

Both players signed a two-year contract but Gambia born Alpha Jallow was left heartbroken when it was revealed that he was not the player Memenenspor football club really wanted to sign.

The statement on the Menemenspor official website on July 8, 2019, confirmed the signing of the two players.

‘’Striker Alpha Jallow and Ibrahim Sangare have agreed to sign for Menemenspor dan 2.This season they will be wearing the uniform yellow and blue,’’ the statement read.

The club however realized after reviewing Alpha Jallow’s details that they had signed the wrong player.

The club’s officials came to the realization after they watched videos of another Gambian born player Lamin Jallow.

Lamin was the club’s main target but according to Foroyaa Sports the representatives of Alpha were quick to make arrangement.

Alpha’s representatives got to know of the Turkish club’s interest and a deal was struck quickly.

According to Foroyaa Sports Menemenspor football club had earlier said Alpha failed his medicals but it was evident they made a wrong move signing him.

After news of the disappointment, Lamin Jallow took to his social media page Facebook to encourage Alpha.

‘’keep moving forward #AplhaJallow, I wish they’ve given you a chance,” he wrote.