Kotoko Adjudged Team Of The Year At Ghana Football Awards 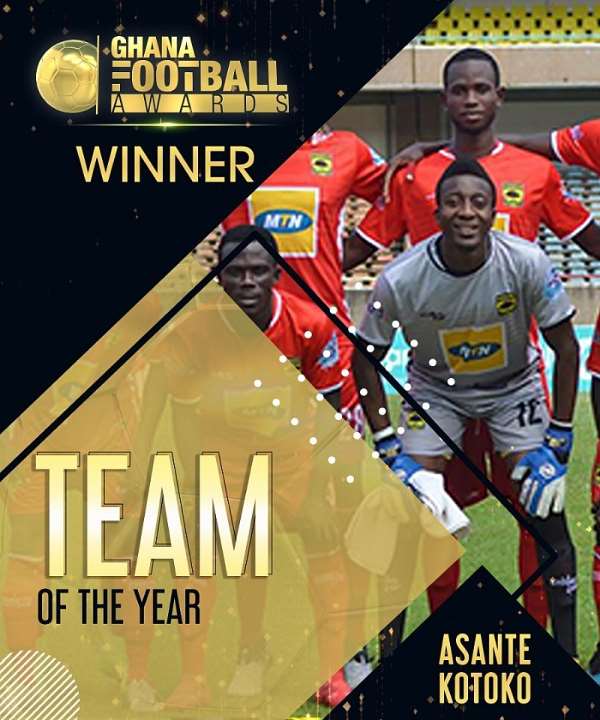 Ghana Premier League giant, Kumasi Asante Kotoko has been adjudged as the team of the year at this year’s edition of the Ghana football awards.

The football community in the country met at a colorful ceremony at the Marriott City Hotel in Accra on Sunday night to reward various actors of the sports for their performance during the 2018/2019 season.

Asante Kotoko emerged as the winner of the team of the year accolade for their performance in the last edition of the CAF Confederations Cup as well their triumph in the just ended tier 1 of the Ghana Football Association (GFA) Normalization Committee (NC) Special Competition.

Under the year in review, the Porcupine Warriors managed to get to the group stages of the CAF Confederations Cup even though the local league had been brought to a halt by the Number 12 video from ace investigative journalist Anas Aremeyaw Anas.

Kotoko beat competition from arch-rivals Accra Hearts of Oak and the Black Maidens team to clinch the award on the night.