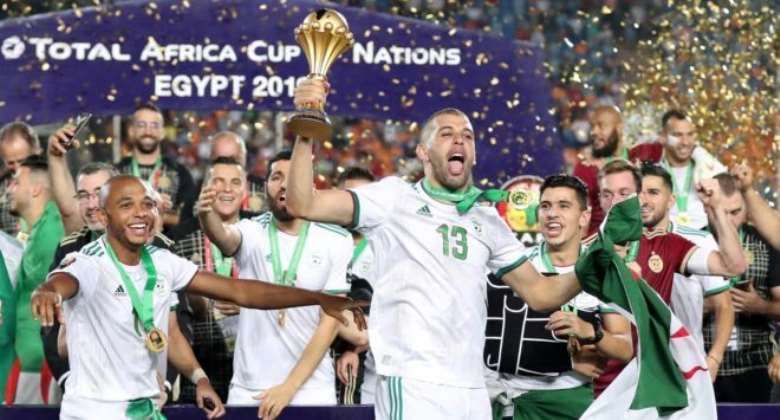 For winning the 2019 Africa cup of Nations (AFCON), Algeria will pocket $4.5m with the runners up Senegal going home with $2.5m.

Nigeria and Tunisia both of whom played the third-place match will receive $2 million dollars apiece.

The Confederation of African Football has confirmed that a total of $14.2 million would be shared among the best eight teams at the 2019 Africa cup of Nations in the form of prize money.

According to CAF, the money will be shared as follows

If a team gets knocked out from the quarter-final, they will be rewarded with $800,000.

The beaten semi-finalists who contest the third-place play-off will share$4m, with each getting $2m.

Cameroon won the tournament in 2017 and were paid $4m which is less than what Algeria got as 2019 champion. Beaten finalists, Egypt, got $2m while semi-finalists Ghana and Burkina Faso took home $1.5m each.