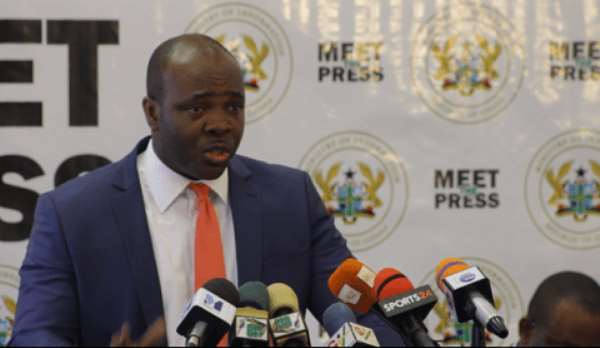 Youth and Sports Minister, Isaac Asiamah is expected to brief parliament on Tuesday to disclose the budget for Ghana’s participation in the just ended African Cup of Nations in Egypt.

Black Stars AFCON budget and the future of the coach, Kwasi Appiah, have remained the biggest talking points after Ghana were crashed out of the tournament in the round of 16 stage.

The Normalisation Committee are saddled with questions about the coach’s future and the factors surrounding the disappointing campaign.

Budget matters is thrusted to the Sports ministry which was compelled to deny media reports, Ghana budgeted $8million for the tournament with a $4.5m prize money for the winner.

The Sports ministry would now have to reveal the amount budgeted and actual expenditure which has remained a mystery as the level of transparency in football administration in Ghana remains questionable.

The Majority leader, Osei Kyei Mensah Bonsu explained parliament has been arranging an appropriate schedule for the minister to answer such questions even before MPs like Kumbungu legislator Ras Mubarak raised it in Parliament.

“I have been in communication with the minister and the agreement had already been done,” he said. The only matter left is a choice between Tuesday and Wednesday, he said.

Ghana football reached a new low after the Black Stars crashed out at the 1/16thstage of the tournament, losing to Tunisia via penalty shoot-out.

The loss also meant the Black Stars lost out on the money zone where a quarter-final berth would have earned Ghana $1million.

It is the first time since 2006 that the Black Stars failed to reach the semi-finals. Fans remained pessimistic even before the campaign to end a 37-year-old trophy drought.

Player performance on the pitch did little to change the negativity surrounding the Black Stars since Ghana football washed its dirty linen in public during a disastrous World Cup campaign in Brazil 2014.

Ghana will now have to wait for the 2021 Africa Cup of Nations in Cameroon which extends the country’s trophyless jinx to 39 years.

Come donate body cameras to us, we want to buy more for poli...
19 minutes ago