Senegal rues another missed shot at the Africa Cup of Nations

By RFI
Cup of Nations 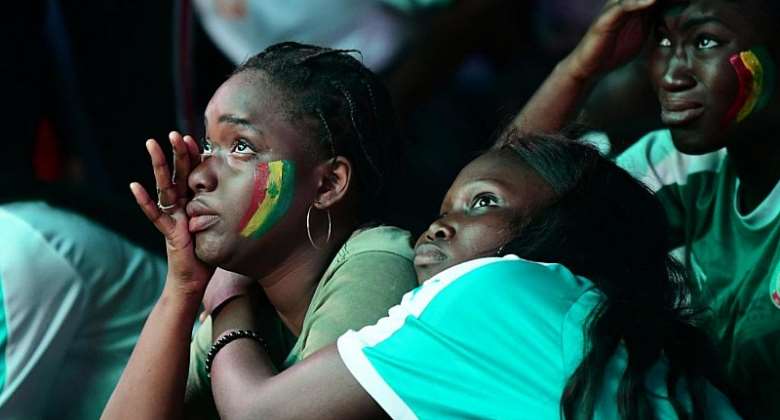 A sombre mood hung over the Senegalese capital Dakar the morning after their 1-0 to Algeria in the Africa Cup of Nations final. Coach Aliou Cissé lamented his side's inability to recover from an early goal as their wait for a first continental title continues.

"It's really difficult," one supporter told RFI at the fan zone in central Dakar. "We were beaten, and we're not so happy about that."

While disappointment descended on the capital, there were also congratulations for Algeria, who lifted their second Cup of Nations.

Senegal arrived in Egypt as the top-ranked nation in Africa but finished runners-up for the second time after a second defeat by Algeria at this tournament.

"They put away the chance they needed. On the whole we didn't let ourselves down. We created chances but weren't able to score," said coach Cissé, whose team also lost 1-0 to Algeria in the group phase.

"When you concede a goal so early in the match the plans become clear. You have to attack against an aggressive defence and we weren't able to find the solutions.

Senegal were without key centre-back Kalidou Koulibaly through suspension while Liverpool star Sadio Mane found it difficult against a solid Algeria defence.

"What are we missing?" asked Cissé. "Consistency. The last time Senegal reached this point was in 2002. The experience of big matches, we want to be here more often. We're getting closer to winning.

"The team has been making progress these past five years. A final is decided by fine margins and we deserved better tonight."

Cissé, captain of the side that lost the 2002 final, has been in charge since early 2015 and refused to be drawn on his future in the job.

"It's been 17 years since Senegal got to this stage of the competition. We've only experienced disillusion and disappointment," he said.

"I'm not important. What counts is what I'm doing the with players and the fact the federation has confidence in me."

Planting for Food and Jobs failed due to poor implementation...
32 minutes ago