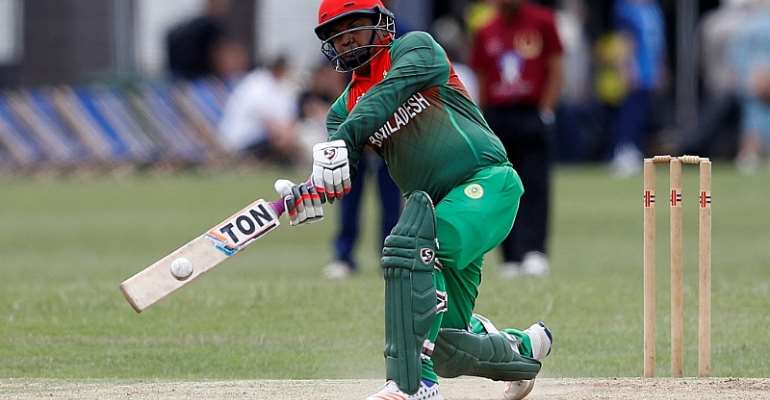 CWC19 (Cricket World Cup-2019) started with a match between the host nation England and South Africa in the Oval on 30th May. 2019. The opening ceremony took place in front of the Buckingham Palace the day before the first game. After the opening ceremony HM The Queen met the managers and captains of all ten teams. Prince Harry declared the tournament open by saying “enjoy the greatest festival of cricket”. Indeed in my life time I have never seen a tournament so well planned and well arranged. Ten countries participated and they all played against each other on league basis and then the top four teams played semi-final on knock-out basis before the final between England and New Zealand on Sunday the 14th of July, 2019. CWC on the basis of 50 over matches started in 1975 in England when it was won by West Indies. Nearly 45 years later England won the cup for the first time. Even the neutral cricket loving fans were happy to see the two nations in final who never won the tournament before. The greatest festival concluded with grand celebration on the victory of the home nation at Lords, England, the home of cricket.

The CWC19 included 45 league matches, two semi-finals and one final – 48 matches played in various destinations in England and Wales. Each venue had all the facilities. There was strict security but no harassment. Nobody saw any police or military with guns. Only private security firms were employed who were very decent and courteous. Security forces did their ground work well and remained out of sight to provide a free and friendly environment. They remained alert and prepared to attend to any unpleasant situation which was never necessary. People came in colourful dresses with banners and flags. There were no shortages of tigers or kangaroos in the stadiums. Some brought their musical instruments with them. India played all their matches as host country because their supporters outnumbered host country supporters. In Bangladesh matches there was always more fun in the gallery rather than the field. People accepted all fun-frolic in good spirit. Watching on the TV such festivities we became also a part of this great festival and celebration.

This reminds me of the Asia Cup Cricket in Dhaka when a Police Commissioner declared that spectators could not bring into the stadium any foreign flag. Perhaps the Police Commissioner sensed in advance some conspiracy against the sovereignty of Bangladesh. I do not know if he was given the President’s Police Medal for his timely action that saved Bangladesh. The atmosphere in all venues of CWC19 was very relaxed and people in total freedom enjoyed themselves in every possible way. You could feel the difference of being in a truly democratic country.

India, England and Australia started the tournament as hot favourites. So much so that 90% of the tickets for the final game were purchased well in advance by the Indian community because they were more than certain that India would be in the final. It is good to be confident but certainly foolish to underestimate others. The Indian players often made gestures mocking other teams; and perhaps that brought their downfall. Indian team captain Virat Kohli was perhaps fined or warned for excessive appeals and arguments with the umpires. India lost the semi-final to New Zealand. When Kohli was given out LBW, he asked for Video review in a manner as if he could not be LBW. Even after watching the video he still could not reconcile to reality. I wonder how the team would have behaved if they could return India as champions. My son rightly said that Prime Minister Modhi’s job would have been at stake. However, Rohit Sharma proved himself as a very reliable batsman and a fine gentleman. Wicket Keeper Dhoni seemed to be still more popular than any other player.

Australia played well but lost semi-final to England who played better. The most interesting league match was between NZ and WI. The West Indies sixer expert Carlos Brathwaite tried to hit the last ball for another six to make West Indies the winner of the match. But it was caught by Boult inches inside the boundary. If Brathwaite succeeded then West Indies would have won. But it was New Zealand’s day.

South Africa disappointed all their supporters. However, they managed to defeat arch rival Australia in the group match. Their spinner Imran Tahir defied age and showed his brilliance at the age of 40. The crowd will long remember his style of celebration. There are at least three players who should have retired before this World Cup. They are Hashim Amla of South Africa, Shoaib Malik of Pakistan and Mashrafi Mortoza of Bangladesh. They were mere liabilities to their teams.

West Indies, South Africa and New Zealand were very well behaved teams. Jason Holder of West Indies and Ken Williamson of New Zealand were perhaps the best captains. It was because of Ken’s calm, cool and clever approach that helped NZ to defeat India in semi-final.

Pakistan team lacked discipline. Too many players were giving interviews and predicting too many things. Capt. Sarfaraz occasionally looked helpless. His face expressions were not very conducive. However, in Babar Azam Pakistan produced a world class batsman. Shahin Afridi also proved a very good bowler. We understand that Hasnain is their fastest bowler but being the youngest he did not play any match. Pakistan will probably do better in future.

Afghanistan is yet to develop cricket culture. They were in general ill tempered. Except for Nabi, others seem too eager to show off. Rashid Khan has been a total flop. Rashid disappointed all his supporters. Afghanistan lost all their matches.

Bangladesh is the only team that chose to play with ten players and a non-playing captain. You cannot do much with that. I hope the readers have understood what I meant. We have to select a team of best eleven players and then select a captain from amongst them. Bangladesh selected a captain in advance who as a player would not find a place in the team. Yet, Shakib Al-Hassan proved to be one of the finest all-rounders. He scored 606 runs (third highest runs); that also in 8 matches. Actually he scored the highest average runs. He also captured 11 wickets. In fantasy cricket, he scored more than any other player. I am very happy about it because he went to play IPL only to sit on the side bench. The Indians insulted him a lot. They danced with Rashid who is now a flop. I hope the Indian cricket lovers will now understand how it feels like. Mustafizur grabbed 20 wickets; that also in just 8 matches. He is the second highest wicket taker. Bangladesh can be proud of its achievements.

Umpires are human being and they can also make mistake. In the semi-final against Australia, Jason Roy was given caught behind whereas the ball touched neither his bat nor the gloves. In the final the same batsman was LBW on the very first ball but was not given. Ross Taylor of NZ was given out when replay showed he was not. Kumar Dharmasena made more wrong decisions as compared to other umpires.

The final was an exciting one both teams scoring 241 each. Even the super over was tied. Both teams played so well that at one stage I was thinking as to why both teams should not be declared joint champions. Then England was declared winner because of more boundaries than NZ. Ben Stokes played an unforgettable innings for England. New Zeland was not defeated but they gracefully accepted the second position. It was no doubt the greatest celebration of cricket.

Across the channel in France the Women’s World Cup Football took place. England reached up to semi-final but USA became champions. Then the Wimbledon Tennis final also took place on 14th. It was also the Bastile day in France. We remained busy with so much going around. It was wonderful. Today 15th July as I write this article the TV is back to its routine broadcast. The festive season is over. We have witnessed the greatest celebrations of cricket.