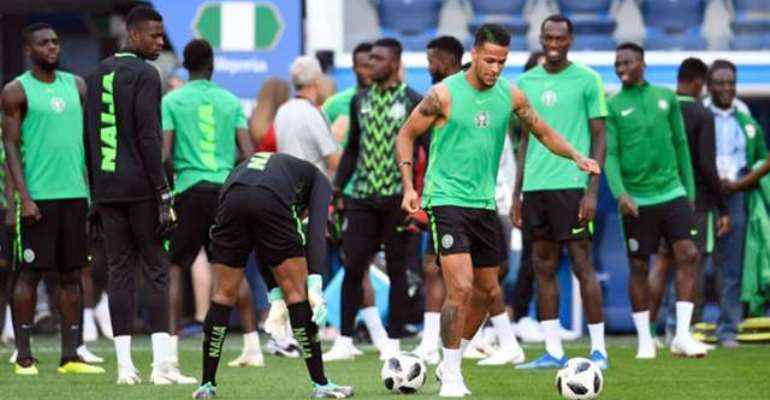 Nigeria manager Gernot Rohr insists his team has a bright future ahead of them despite being eliminated from the 2019 Africa Cup of Nations.

The Super Eagles, upon their return to the AFCON for the first time since 2013, were the victims of a last-gasp goal from Riyad Mahrez in their 2-1 semifinal defeat to Algeria on Sunday night.

The squad Nigeria sent to the 2019 AFCON had just three survivors from the 2013 team which won the tournament in South Africa, and no less than 15 of the 23 players on the roster are 25 or younger.

This points to a bright future for the Super Eagles, as they look toward the 2021 AFCON and 2022 World Cup.

“I have a young team that will continue to improve and one that will surely get better,” said Rohr in the wake of the loss to the North Africans.

“We are sad that we lost. In my players’ mind, they were already thinking about extra time, but we lost in the last minute to a wonderful free-kick scored by a special player.”

The German added, “Against South Africa [in the quarterfinals], we scored late to win the game, today we conceded late. These things happen in football. I want to congratulate the Algerian team for winning the game and proceeding to the final.

“They played better in the first half and made things difficult for us. We conceded an own goal which was difficult to take.

“We had a good second half and scored a goal from the spot. We have shown strong character by coming back from a difficult situation in this tournament and we did the same against Algeria.

“We have leant a lot from this experience and will do better in future. This team is young but will get better.”

Nigeria will close their 2019 AFCON campaign with the third-place playoff against Tunisia in Cairo on Wednesday night.