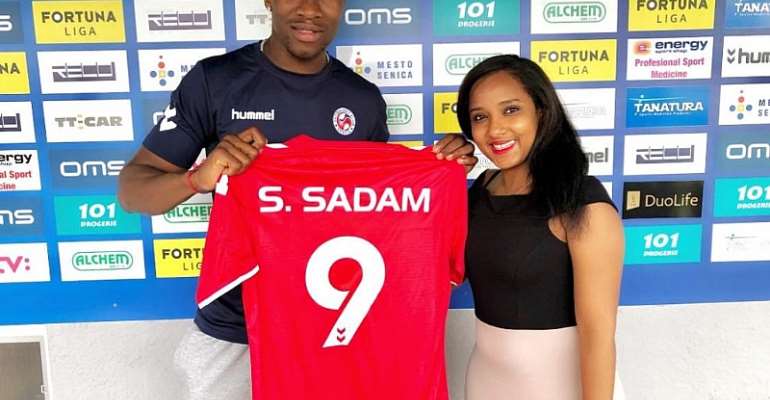 The 22-year-old striker has been with Legia Warsaw since 2016 but failed to break into the starting lineup, forcing him to be sent out on loan spells.

In the 2018/2019 season, the forward was sent on loan to Slovakian top-flight side MFK Zemplina Michalovce where he managed to score four-times after making 27 appearances.

In an official communique from FK Senica, they have confirmed that they have signed Sadam Sulley in a permanent deal as they continue to strengthen their squad for the season ahead.

Checks have revealed that the Ghanaian is delighted with the move and hopes he get to play week in and week out to ensure he continues his development as a player.

His addition to the FK Senica setup gives them a major boost as they look to challenge for the league title in the upcoming season after finishing as runners-up in the last campaign.