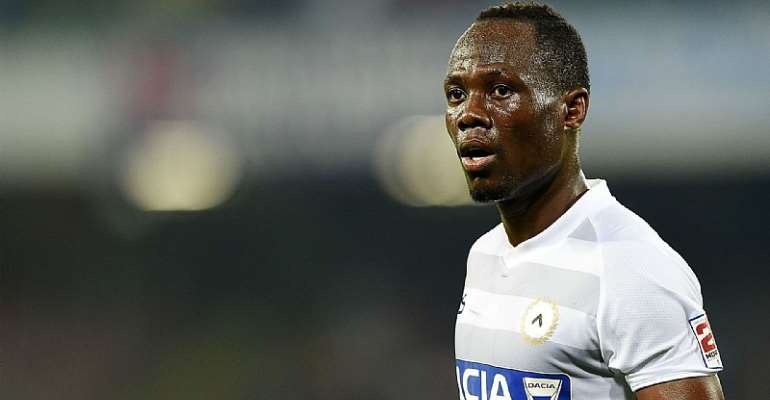 Emmanuel Agyemang-Badu says his years of experience in the Italian topflight will be a plus for new side Hellas Verona in their quest to avoid demotion from Serie A after just one season.

The hard-working midfielder joined the newly-promoted side on a season-long loan from Udinese.

He had played for the latter club since 2010.
The Ghanaian midfielder will be hoping to relaunch his career after returning from an 11-month injury layoff towards the end of last season.

"I am very happy to have arrived at Verona," Badu said, as reported by his new club's website.

"Now I am very well physically.
"I just have to work and help the team. Last season, I played games after my return so the injury is behind me.

"I am ready to do anything, just to help the team.
"I will use my years of experience in Serie A to reach the goal of keeping our place in the league."

Badu's only time away from Udinese and Serie A was in 2017 when he joined Turkish side Bursaspor on a season-long loan, the stint unfortunately ended by an injury that would keep him out for almost a year.

The Fifa U20 World Cup-winner featured for Ghanaian sides Berekum Arsenal and Asante Kotoko as well as Spanish outfit Recreativo Huelva before joining The Black and Whites.

The Serie A commences next month.

'Pushing for nuclear power in Ghana is wasteful and ill-advi...
25 minutes ago