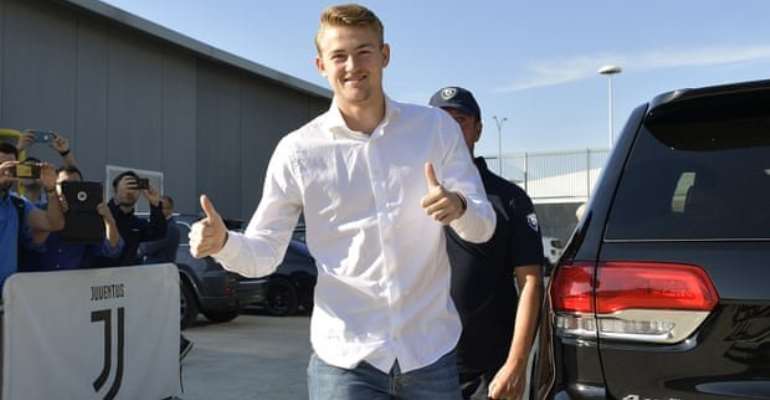 Serie A champions Juventus have confirmed that Dutch defender Matthijs de Ligt has joined on a five-year deal following a move from Ajax worth £67.5 million.

19-year-old De Ligt captained Ajax to the Dutch double and the semi-finals of the Champions League last season, establishing himself as one of the most promising young players in Europe.

The central defender was linked with moves to Manchester United, PSG and Barcelona, where he would have joined former Ajax team-mate Frenkie De Jong, but he has chosen to join Juventus.

"It's the news all Bianconeri fans have been waiting to hear all summer: Matthijs de Ligt is officially a Juventus player!" the Juventus website read, which confirmed his signature for "€75 million, payable in five financial years, and additional costs of €10.5 million".

De Ligt, who was the youngest player in history to captain Ajax, is the seventh arrival of the summer for champions Juventus.

He follows fellow centre-backs Cristian Romero (who has gone back out on loan to Genoa) and Demiral as well as left-back Luca Pellegrini.