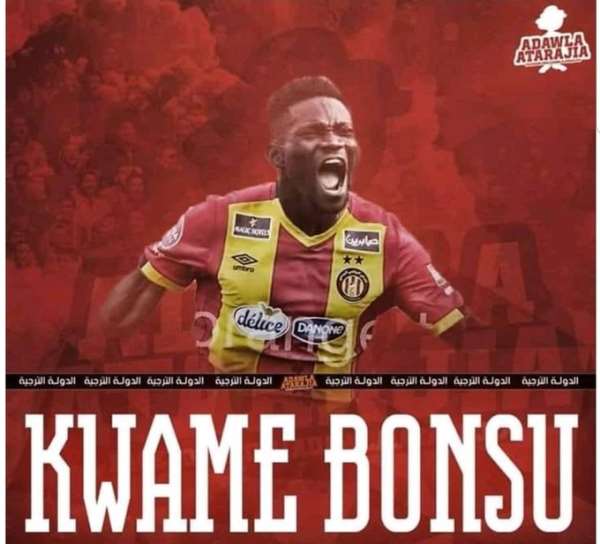 The talented midfield dynamo landed in Tunisia on Wednesday to wrap up the transfer after just a year with the Ghanaian giants.

Bonsu is expected to replace Cameroonian midfielder Franck Kom who left the Esperance for Qatari side Al-Rayyan SC.

According to reports, the Tunisian champions coughed $30,000 for the services of the Ghanaian midfielder with Asante Kotoko expected to pocket $150,000.

The former Gefle midfielder joined Kotoko in June 2018 and was a key member of the squad that reached the CAF Confederation Cup group stages this year.

He earned a call up to the national team for Ghana’s last 2019 Afcon qualifier against Kenya and played featured briefly in a friendly against Mauritania.