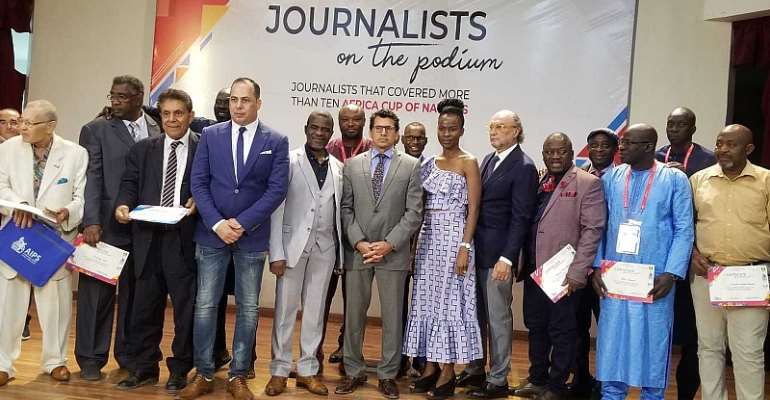 The highlight of the event was the recognition of 62-year-old Babacar dit Khalifa from Senegal, who has covered 15 AFCON tournaments and 72-year-old Samir Abdoulazim, who is one of Egypt's top sports journalists.

Egypt’s Minister of Youth and Sports Ashraf Sobhi presented the certificates of achievement to the recipients.

This is the first time the AIPS Journalists on the Podium event, which is aimed at honouring veterans of the profession, is being staged in Africa.

Below is the full list of journalists who have covered 10 or more Africa Cup of Nations: