Gyan And Three Of Ghana’s Greatest Players Of All Time 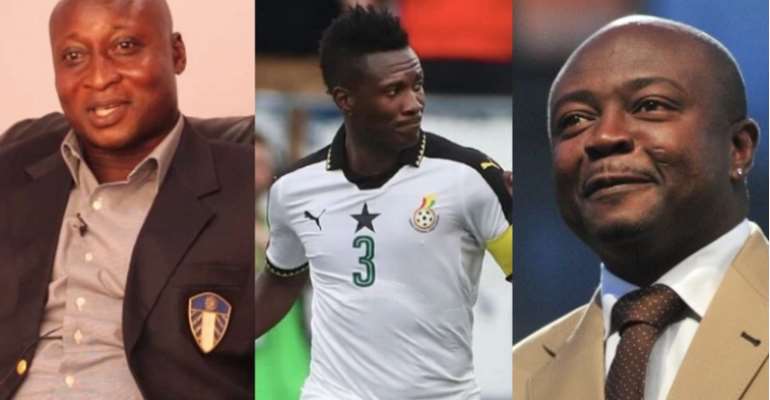 Ghana has a lot of history when it comes to football and, as such, the country has produced some wonderful talents over the years.

Every generation has come with its own special players, but only a few can be categorised as great.

Below, we take a look at four of Ghana’s greatest football player ever:

Asamoah Gyan
Black Stars striker Asamoah Gyan is undoubtedly one of the greatest players the country has ever produced.

Gyan remains Ghana’s all-time top scorer with 51 goals in over 100 appearances, having made his international bow in 2003.

The 33-year-old is also Africa’s top scorer in the FIFA World Cup with five goals scored across three tournaments.

Gyan is a one-time BBC African Footballer of the Year and his achievements make him a Ghanaian great.

Tony Yeboah
Known as a goal machine in his prime, Tony Yeboah made goal scoring look so easy to the ordinary football fan.

The striker made his name in Germany and in England, and his contributions are still widely remembered.

Yeboah twice made it into the top three for the African Footballer of the Year award, although he never managed to win.

And, in 1993, he was voted ninth in the FIFA World Player of the Year award after enjoying a stellar season.

Osei Kofi
Now in his old age, Osei Kofi used to be the star of the Ghana national team in the 1960s and 1970s.

The playmaker was part of the all-conquering Black Stars side that won the Africa Cup of Nations in 1965.

In that tournament, Osei Kofi was voted the best player, having also finished as the top scorer.

Abedi Pele
Perhaps the most popular figure in the history of Ghana football, Abedi Ayew Pele’s achievements are well documented.

Abedi was the first Ghanaian to win the UEFA Champions League after playing a key role in Olympique Marseille’s triumph.

Abedi was also part of the Ghana side the won the Africa Cup of Nations in 1982 – the last time the country tasted title glory.