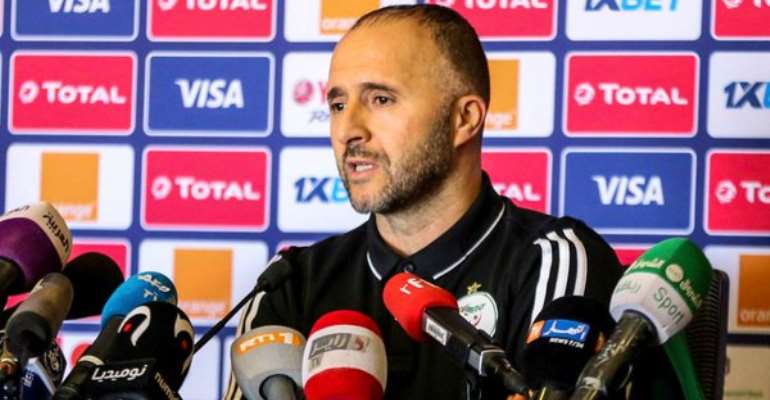 Algeria coach Djamel Belmadi hopes that next Friday’s 2019 Africa Cup of Nations final against Senegal will persuade more countries to put their trust in the region’s managers.

Both teams are led by local coaches in their early 40s with ex-Algeria international Belmadi in charge of the Desert Foxes and Senegal under the leadership of Aliou Cisse, who played for the Lions of Teranga when they last reached the final in 2002.

“It’s a great message that we have sent to those responsible for football in all countries in Africa, it’s amazing,” Belmadi told reporters after his side beat Nigeria 2-1 with a stoppage-time free-kick by Riyad Mahrez on Sunday.

“I’ve known Cisse for a very long time, we used to play against each other when we were both in France. The only difference between us is that he’s been with his team for four years and I have been here for one.

“To play this final against Senegal, against my friend, is amazing. I hope the decision-makers can think more about this and put trust in our young coaches.”

Regarding the match itself, Belmadi said his team should have scored more than one goal in the first half but lost their way a little before fighting back.

“We knew it would be a tough game because of the quality of our opponents,” he said.

“The guys played an amazing first half and we could have scored more goals. Then in the second half, I think we had a difficult moment for around 15 minutes when we were under pressure.

“We played too deep, we didn’t put enough pressure on the opponents,” he said.

But after Nigeria equalised out of the blue from a penalty awarded after a long VAR review, Belmadi said his players recovered well.

“I think the players showed great, great attitude and mental strength, coming back at the end,” he added.

“We had some situations which could have produced another goal if we had played with more accuracy, then this free kick arrived and, with the quality of players like Mahrez, it’s a massive chance of a goal.”