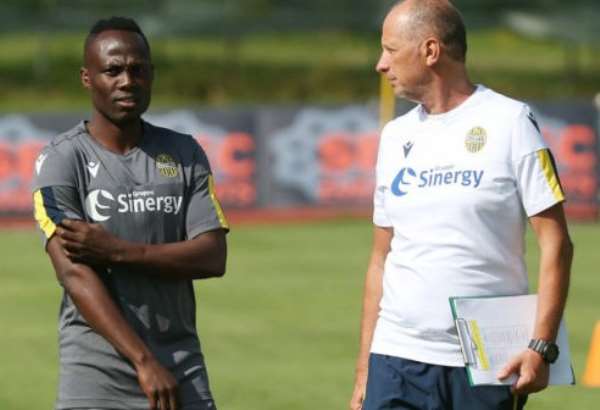 Ghanaian midfield dynamo Emmanuel Agyemang-Badu has started training with Italian side Hellas Verona after completing his loan move to the side on Saturday, July 13, 2019.

The newly Italian Serie A side secured the services of the player from Udinese yesterday in a deal that could be made permanent at the end of the season if Agyemang Badu manages to impress them.

The players sat on the sidelines for most parts of last season following an injury setback. After returning to full fitness, he is bent on reviving his career and has joined Verona for the upcoming season.

Having joined Hellas Verona, he has become one of the most experienced players for the side after playing in the league for close to a decade.

Badu is not wasting any time and has joined his new teammates to intensify training for the 2019/2020 season which is surely going to be a difficult one for the club.

The former u-20 world cup winner has settled in the team already and is looking forward to the task ahead where he will be expected to solidify the midfield of Hellas Verona.

Watch Agyemang Badu’s first training session with Hellas Verona in the video below: