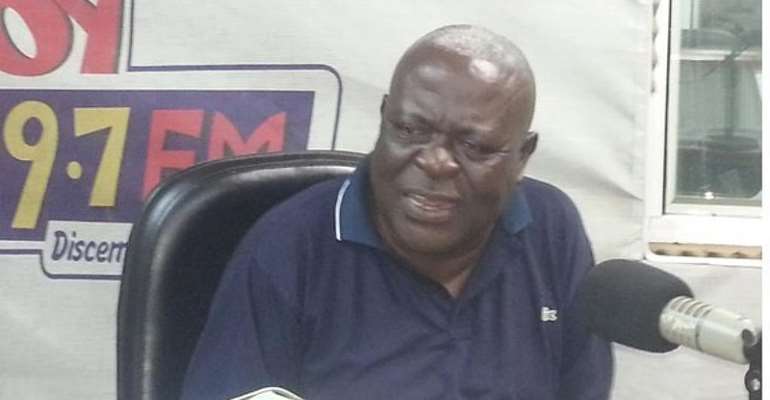 The indigenous coach recently led the disappointing campaign of the national team in the 2019 Africa Cup of Nations (AFCON) tournament in Egypt where they were knocked out at the round of 16 stage by the Carthage Eagles of Tunisia.

Since then, speculations of the gaffer’s imminent sack has spread like wildfire with the NC tipped to be the body to announce his axing as head of the technical bench of the team.

Speaking in an interview with Kumasi based Ashh FM earlier today, Kofi Manu who is popularly known as ‘Blue Boy’ has noted that nobody has the right to sack Coach Kwesi Appiah.

According to him, the coach cannot be blamed solely for the abysmal performance of the team at the continental showdown and therefore anyone that tries to sack him must sack himself as well.

Meanwhile, Kofi Manu has shared that he is not surprised by the Black Stars early exit from the tournament because of some of the issues that sprung up prior to the start of the tournament.