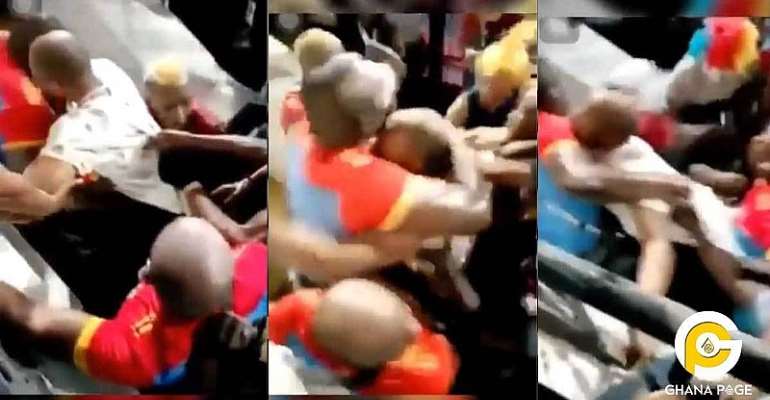 DR Congo Sports Minister have been beaten by some angry fans during the team’s arrival at the airport for failing to return home with the AFCON 2019 trophy.

Immediately the team touched down at the country’s National airport in Kinshasha following their exit in the ongoing Total African Cup of Nations 2019 (AFCON) the angry fans pounced on them and started beating them.

DR Congo won only one game at the AFCON 2019 but still managed to qualify to the next round as one of the highly ranked 3rd placed teams.

The national team after their abysmal performance in the tournament did a video to apologize to their fans for failing to bring home the trophy but that didn’t go down well with the supporters.