Peter Crouch Retires From Football At The Age Of 38 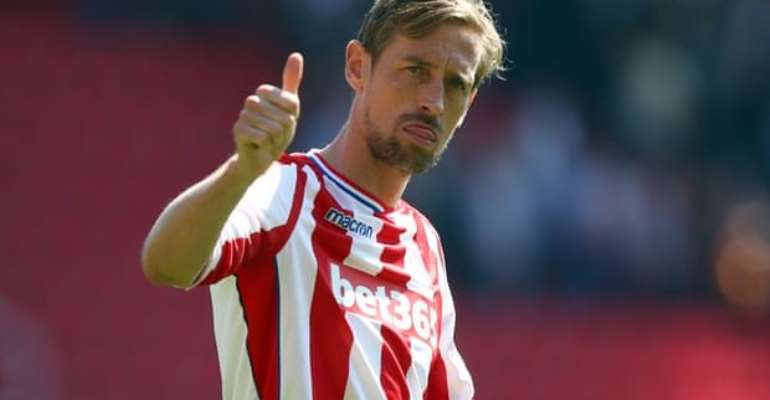 Former England striker Peter Crouch announced on Friday his retirement from football after more than two decades as a professional.

Crouch was capped 42 times by England between 2005 and 2010, scoring 22 goals and appearing at two World Cups, while he reached the Champions League final and won the FA Cup at Liverpool.

"If you told me at 17 I'd play in World Cups, get to a Champions League final, win the FA Cup and get 100 Premier League goals, I would have avoided you at all costs," he wrote on Twitter.

"It's been an absolute dream come true. Our wonderful game has given me everything. I'm so thankful to everyone who helped me get there and helped me stay there for so long."

Crouch had hoped to continue his playing career but said he had found it difficult to accept a bit-part role.

"My ambition was to play until I was 40, so it is scary saying the word 'retirement'," he wrote in a column for The Daily Mail.

"To go from being a regular starter to someone whose role is limited to 10 or 15 minutes off the bench has been hard to accept.

"I will be 39 in January but I am physically fit and could have carried on. What I didn't want to be was someone who was thrown on to have balls smashed up to them."