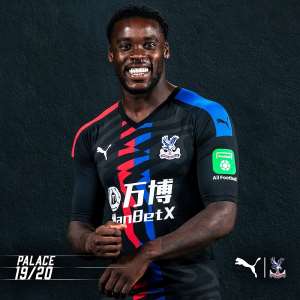 Jeffrey Schlupp has been chosen to model in Crystal Palace away kits for next season.

The Ghanaian was joined by teammates Christian Benteke and Mamadou Sakho to show off their new away jersey.

The 26-year-old is currently in pre-season with the Eagles preparing for a busy season ahead.

Schlupp could not make the Black Stars squad for the Cup of Nations due after sustaining an injury.

He was a key player for the Eagles last season hence expected to remain a vital figure in the squad in the coming campaign.