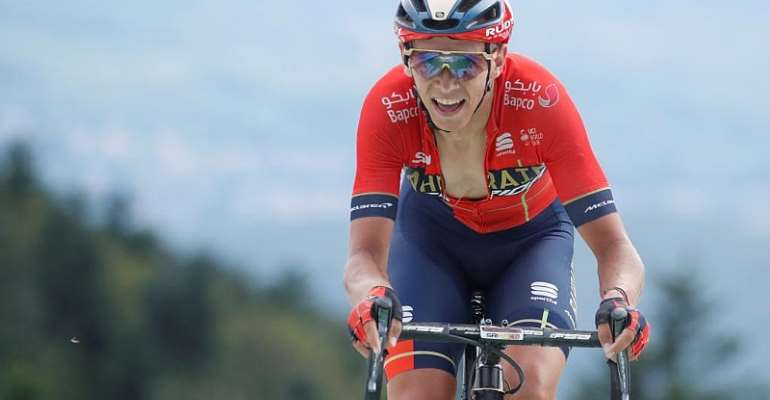 Teuns, riding for Bahrain-Merida, crossed the line ahead of Trek–Segafredo's Ciccone by a handful of seconds after a brutal 7km ascent with an average gradient of 8.7 percent, finishing on gravel.

Thomas broke from the main contenders in the final stages of the ultra-tough stage which was as expected decided on the last of seven climbs, with the Welshman gaining a few seconds over most of his rivals.

Pinot, who grew up 30 kilometres from the summit finish, was right on Thomas's tail, losing just a couple of seconds to the champion.

Three of the overall contenders though lost significant time as 2014 champion Vincenzo Nibali, Jumbo Visma captain Steven Kruijswijk and, to a greater extent, France's Romain Bardet suffered on the slopes.