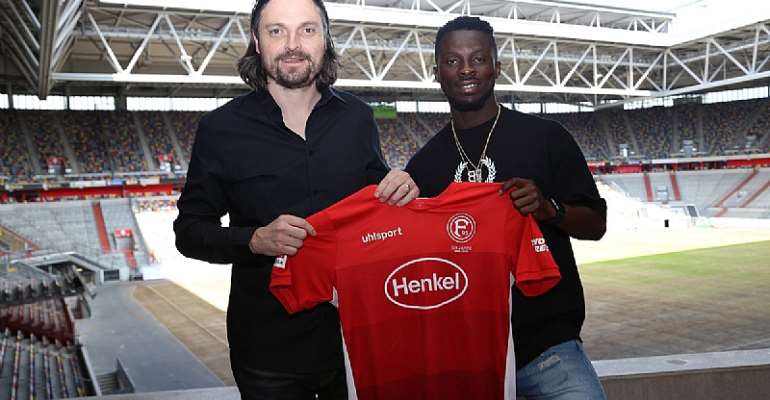 The enterprising winger arrived in Germany last weekend to complete the deal and after successful negotiations, he had his medical at the beginning of the week before finally penning a three-year contract with the club.

Nana Opoku Ampomah signed the dotted lines on Wednesday in a deal said to be worth €5.8 million.

The 23-year-old is now a player of the German Bundesliga side and is expected to replace Dodi Lukebakio who has returned to his parent club Watford after ending his loan spell.

A lot will be expected from the Ghanaian in the upcoming season especially when you look at the heroics of Dodi Lukebakio for the Red and Whites during the 2018/2019 season.

If the players exploits with Waasland-Beveren last season is anything to go by, then the 23-year old should be able to live up to expectations. He is coming from a season where he scored seven goals and provided four assists after making 22 appearances in the Jupilar Pro League.