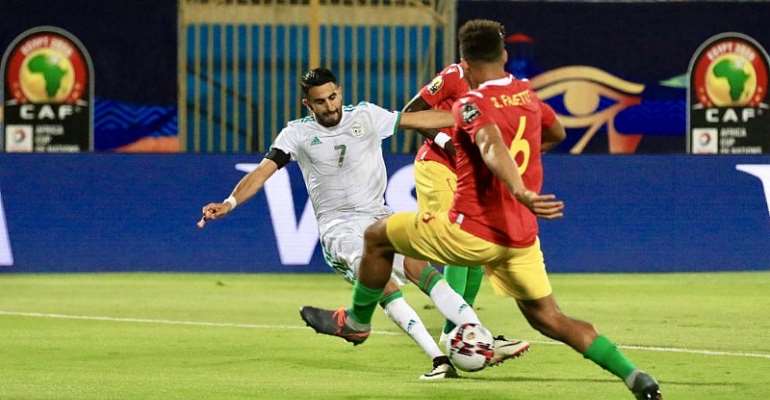 Algeria enter their quarter-final showdown against Cote d'Ivoire as the only team with a 100 per cent record after impressive victories over Senegal, Tanzania and Kenya in Group C. They then romped past Guinea 3-0 in the last 16. The Ivorians have been prosaic by contrast.

Ibrahim Kamara's men won two of their games in Group D to fnish second behind Morocco.

They benefited from Malian profligacy in the last 16 tie in Suez on 8 July. They were battered in the first-half but nevertheless came out for the second period at 0-0.

It seemed inevitable that Mali would pay the price for their lack of precision. And Wilfred Zaha cashed in from a defensive slip to hit the only goal of the game.

Algeria boss Djamel Belmadi says his side has shown enough quality to believe in a run to the crown.

"It does not cost anything to be ambitious," said the former Algeria international who has been credited with extracting consistently good performances from skipper Riyad Mahrez.

Dream
He was in the side in 2015 when Algeria played Cote d'Ivoire in the last eight. The Ivorians, boasting a powerful midfield that included the Manchester City star Yaya Touré, won the encounter on their way to the title.

In Egypt he is also in with a shout of claiming the golden boot. He has two goals - one strike behind joint leaders Odion Ighalo, Sadio Mané and Adam Ounas.

Kamara conceded that the Ivorians would be underdogs against Algeria.

"It's true we're at the stage where there are no second chances. But we have got very good players too. We have to be strong at the back and defend well and be ready to break quickly and score on the counterattack."