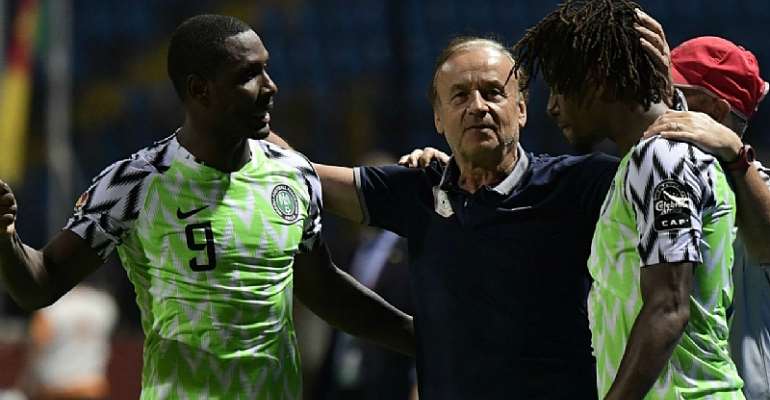 Head Coach for the Super Eagles of Nigeria, Gernot Rohr has noted that his side will face a tough challenge in the semi-finals of the 2019 Africa Cup of Nations (AFCON) tournament after beating South Africa 2-1 in the quarter-finals on Wednesday night.

The West African country survived the dominance of their counterparts to emerge as two one winners after a pulsating encounter that entertained a huge number of spectators at the Cairo International Stadium.

A first-half goal from Samuel Chukwueze was canceled by Bongani Zungu on the 71st minute before Super Eagles defender William Troost-Ekong scored in the dying minutes of the match to see his side progressing into the semi-finals.

Speaking in a post-match interview after the victory, Coach Gernot Rohr applauded the efforts of South Africa to give them a tough match whiles insisting that he is expecting a much tougher tie in the last 4 stage.

“It was a great match. South Africa is a very good team, they had a very good game against Egypt but it's too difficult to do this two times in a row. We were lucky to score in the last minute, but yet we were mentally strong to do this.

“I salute South Africa for having a great team. What was the best today is the great spirit between both teams. Our next game is going to be more difficult, but we will be ready”, the gaffer said.

Nigeria will face the winner of the quarter-finals match between Cote d’Ivoire and Algeria later today.