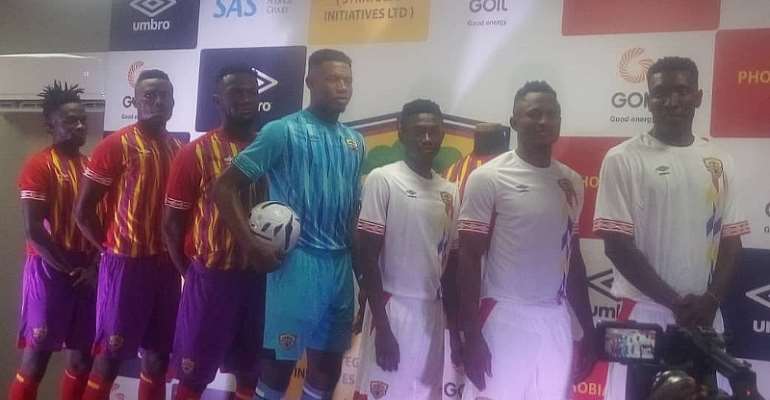 The Club brokered the deal with Umbro in the last quarter of 2018 under the leadership of former Chief Executive Officer (CEO) Mark Noonan.

After waiting for several months, the club received the first consignment of replica jerseys to supporters and anyone who wants some.

At a short but colorful ceremony at the media center of the Accra Sports Stadium on Wednesday, July 10, 2019, the club has unveiled the newly designed jerseys.

Top Hearts of Oak officials graced the ceremony together with the playing body, some football administrators, as well as supporters who have been eagerly anticipating this day.

Hearts of Oak has joined top European clubs such as Everton, Huddersfield Town, Werder Bremen and FC Nürnberg as teams being kitted by Umbro. 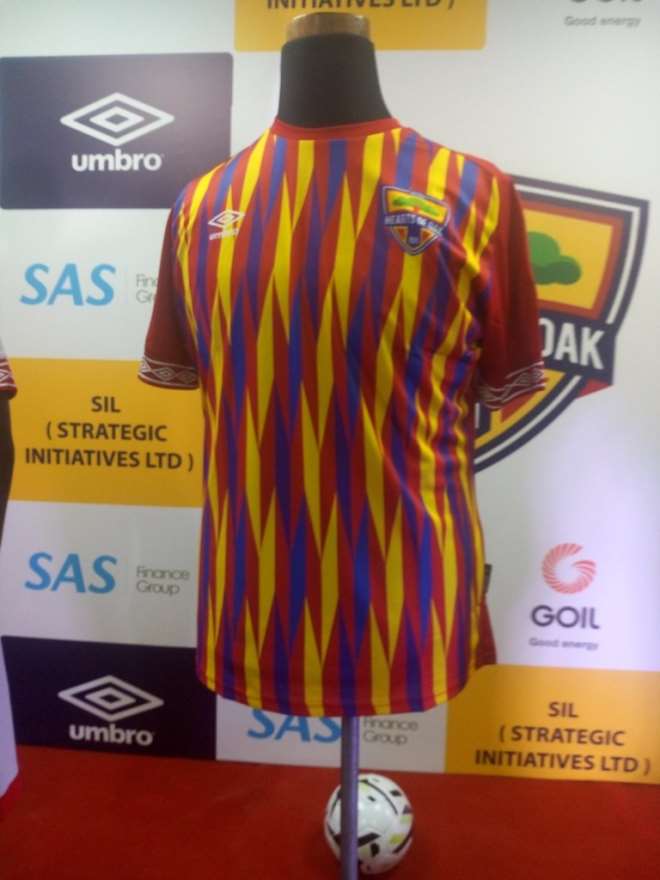