Ghana ought not dream of men's soccer success until politicians stop exploiting the nation in the name of Black Stars. 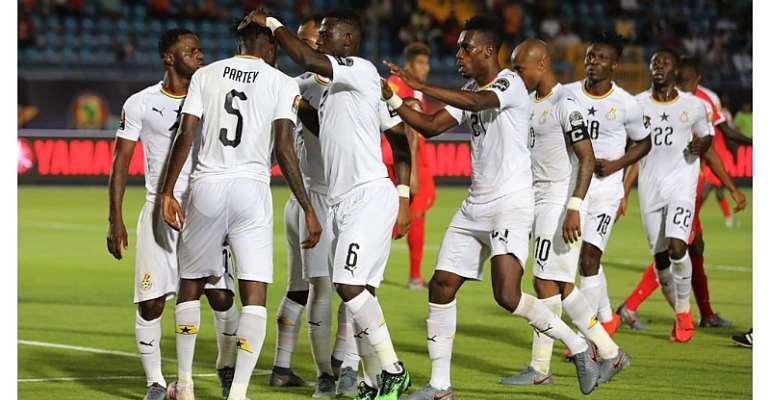 Ghana ought not dream of men's soccer success until politicians stop exploiting the nation in the name of Black Stars.

The senior men's soccer team of Ghana, Black Stars, have not been lucky with African Cup of nations tournament since they last annexed the trophy in 1982.

Within this 37 years period of trophy drought for the black stars, the Football Association together with successive Governments have varied strategies according to different seasons to help the country get to the acme of this continental football glory.

Clearly, one could see that from almost every past Africa Cup of Nations (AfCoN), one of the most dedicated and committed teams in that particular tournament won the trophy. Some good examples are these winners; Egypt (Ghana 2008), Egypt (Angola 2010), Zambia (Gabon - Equitoria Guinea 2012), Nigeria (South Africa 2013) and others. These are teams that displayed high sense of patriotism in the individual tournaments they won.

The most significant triumph in an AfcoN that inspires me is that of Nigeria's in 2013. Their success was a product of the Government's interference in the affairs of her football association; to fight corruption and malpractices at the Nigerian Football Federation.

There was a total overhaul of their corrupted football association according to reports. The act by the Government was not done in tandem with the Federation International of Football Associations (FIFA) hence Nigeria was banned from all international competitions for two years by FIFA. The radical act by the Government paid as Nigeria came on strongly from the ban to win the next AfcoN in 2013.

The country believed and relied on players of which substantial number of them were locally based to represent them in AfcoN 2013. Although soccer pundits least predicted Nigeria to win the ultimate prize, dedication and commitment from the players paid off and they won the trophy. Money wasn't the drive to success but sense of patriotism.

Similarly, I thought the good effect of Anas' undercover investigations in 2018 dubbed 'Number 12' which focused on corruption in football in Ghana and Africa would be felt for Ghana especially in AfcoN 2019. However, this could not be so; the very things that majority of Ghanaians condemned in the 'pre - number 12' football association have been replicated by the new caretaker administration (Normalization Committee).

All Ghanaians, except the dishonest direct and indirect beneficiaries, were against $10,000 and $100,000 which were paid as winning bonuses and appearance fees respectively to each Black Stars player in camp in during 2014 World Cup in Brazil.

What was the motivation for an underdeveloped country like Ghana to pay such an amount, which was one of the highest being paid to a national team in the Brazil 2014 WC, to their players?

Discerning Ghanaians have always suspected foul in these continous outrageous expenses drawn from the Government's purse on the Ghana Football Association (GFA) and the Black Stars.

Several news sources told how Sulley Muntari, a senior player of the national team in 2014 WC, attacked and slapped one executive management member of the Black Stars at their hotel in Brazil. Information available to the general public through speculations tell that Muntari took that action to protect other vulnerable players in the camp. This is because management were paying an amount of money less than what was on paper and had to be given to some players.

Muntari, was not only defending the interest of his colleague players in camp but Ghana as a whole. He felt these officials of GFA were duping Ghana in the name of Black Stars.

Ghana became a target of mockery in the world when Government airlifted about $4 million in a chartered plane from Ghana to Brazil on the eve of our last group game fixture against the WC eventual winners, Germany. This is because Ghanaian players had threaten to boycott the last group match ahead of the game due to unpaid bonuses and allowances.

With regards to this, a commission was set up by this same Government, who airlifted the money to Brazil, to investigate what led to the indiscipline and misappropriation at the Black Stars camp during the WC and give recommendations. The Dzamefa commission's white paper was released; neither the then John Mahama led Government nor the new Akufo-Addo led Government have implemented any of the recommendations and or suggestions of the white paper.

What was the need then for Government to waste so much on telecasting the hearings of the Dzamefa Commission live on the nation's television and paying huge allowances for the commission's sittings?

Clearly this seems so obvious that these politicians are using football as a means to exploit the nation. This is because they have realised that the soccer game is a pulse of the nation.

I chanced on an article online news platform 'Ghana Web' ,on the eve of July 8, the day Black Stars would play their round of 16 knockout encounter with Tunisia. This article read "Black Stars winning bonus raised to $15,000 ahead of encounter with Tunisia". Honestly, when I saw the article, as human as I am, I prayed in my heart that "may Ghana lose this match". I was counting on nature to take revenge on Ghana.

This is absolutely not a team one ought to wholeheartedly support and wish them well to win the ultimate. Selfless dedication, commitment and patriotism that Ghanaians were expecting from the camp of Black Stars were absent. In the place of patriotism were huge cracks of dishonesty.

Politicians once again had huge presence in camp in Egypt; on the face of it to motivate players but they must have had the other familiar ideas.

We play and pray our highly spirit filled national anthem "God bless our homeland Ghana . . . " feel proud and hope for exactly so; yet once again, Ghana has been crushed out of the men's Africa football competition.

Would God actually be willing to bless Ghana to win a trophy if these politicians keep exploiting mother Ghana in the name of outrageous budget for Black Stars?

There is no element of doubt Ghanaian soccer player needs the national team call up more than Ghana need them. For this reason, these players would selflessly play for Ghana for any amount in form allowances and bonuses that would be given to them. Call up to the national team brings quick development to their individual careers as players; hence it is always an honour for any player to be called into the Black Stars.

Therefore, why do these politicians still portray to the public as if it is the players rather who are greedy and call for increase in bonuses and appearance fees?

Based on these factual accounts above, I personally feel that until 'Black Stars' distance themselves from these greedy politicians and learn to play with high sense of patriotism, Ghana ought not dream of success in men's football tournament in Africa and in the World.

Resignation Not Part Of Our Covid-19 Laws, Prosecute Carlos...
34 minutes ago