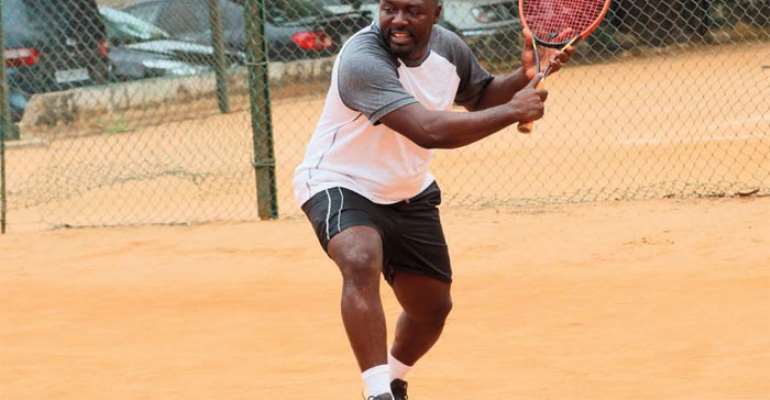 Ghana Tennis Club (GTC) Adabraka extended their home superiority over the weekend when they overpowered Sakumono Tennis Club 12-6 in a friendly competition.

The home team put up one of their stellar performances in recent times, beating Atomic Tennis Club 6-5 last month before adding Sakumono Tennis Club to their victims. The home team won 5-2 in the singles event before dismissing them with a 7-5 win in the doubles event.

In the ladies' doubles event, the visitors had high hopes as they went into the game with Tina Yamak and Louisa Bentsiwa Davis combining well to displace Shamimah Cobblah and Oforiwaa 7-4. In the men's doubles, Godwin Martey’s partnership with Ben Ackah added another win for the visitors, beating Mohammed and Asiedu Offei 7-4. Ewool and Steve Babson didn't also disappoint the away fans as the pair defeated William and Henry Mensah 7-2.

Stanley and Mike, however, turned the tables around for the home team with fabulous plays spiced with creativity, precision and power in the game, defeating Afful and Avenyo 7-5. P.K Yankah and Thomas Ohene Effeh Ranger stepped onto the court blazing from all angles to add another win for the home club, beating Sakumano Tennis Club’s Chairman Mr. Frank Addy and Eric Owusu, who is the 2nd vice chairman of the Greater Accra Regional Tennis Association. George Heckson and Odoom made them proud as they won 7-2 over Sakumano's Frimpong and Lawson.

In the mixed doubles event, Captain Nana Opoku and partner Eunice Adubia Sarkodie, relying heavily on home support, held onto their serves and broke their opponents at crucial points to beat Martha Amoo Gottfried and Ewool 7-7(11-9).