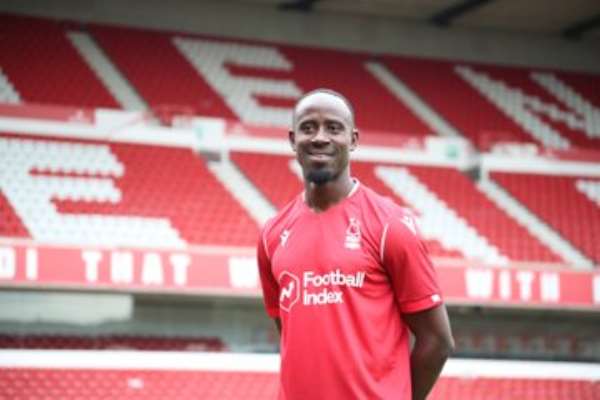 English Championship side, Nottingham Forest have announced the signing of winger Albert Adomah.

The Ghanaian international joins The Reds having left Aston Villa at the end of last season after helping them to promotion to the Premier League.

The 31-year-old has signed a two-year contract with the club and joins Sabri Lamouchi’s squad ahead of the pre-season trip to Greece later this week.

Adomah started his career in non-league before impressing for Barnet, winning the Young Player of the Year award in 2008-09 before departing for Bristol City.

After scoring 17 goals in three seasons, Adomah joined Middlesbrough who he helped to a second-placed Championship finish in 2015-16.

He joined Aston Villa in the 2016-17 season, assisting 11 goals in the Championship in that campaign before scoring 15 times in 2017-18, being Villa’s top scorer as they reached the play-off final.