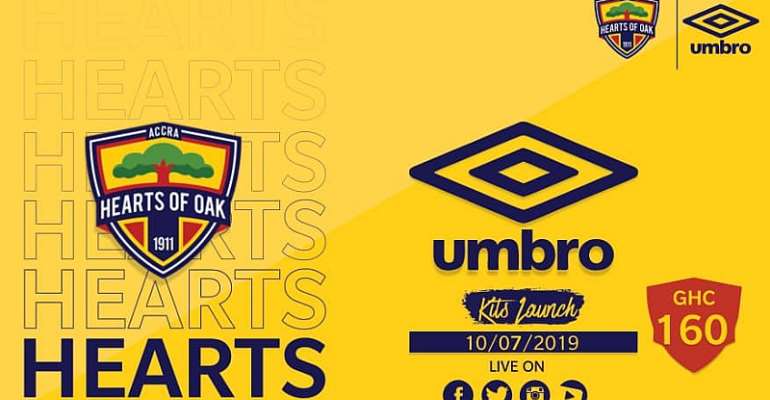 Ghana Premier League giant, Hearts of Oak will be launching their new Umbro kits on Wednesday, July 10, 2019, at the media center of the Accra Sports Stadium.

It can be recalled that former Chief Executive Officer (CEO) of the club, Mark Noonan brokered the deal to make the United Kingdom sports manufacturing giants the kits sponsors of the Phobians last year when he was still at post.

After several months of waiting, the club received the first consignment of jerseys last month and are set to officially launch them at a short ceremony at their home grounds tomorrow afternoon.

Though the kits came as part of the sponsorship deal, reports indicate that Hearts of Oak had to pay $100,000 to cover for the production cost. The replica jerseys are being sold at GH₵160 on the market for the fans and they will be put up for sale during the launch.

The Accra based club joins top clubs including Everton, Huddersfield Town, Werder Bremen, and FC Nürnberg as clubs who are being kitted by the leading kit manufacturing company.