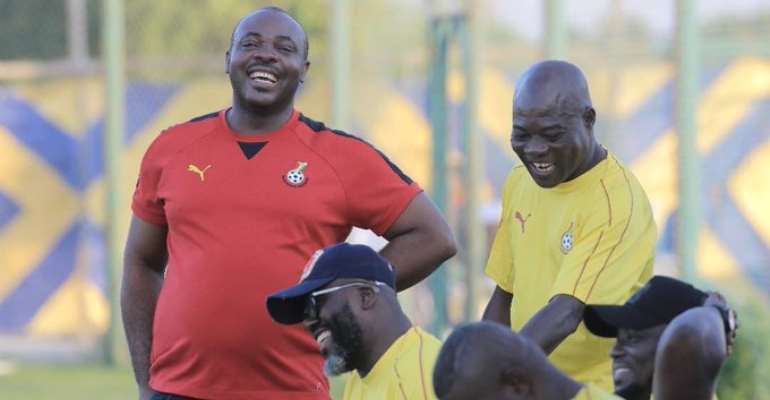 The hard-working sector minister has been with the team alongside members of the Sports Authority.

According to the coach, the Sports Minister's presence in Egypt is spurring the team on to success in the ongoing AFCON 2019.

Coach Kwesi Appiah was responding to a question from a journalist as to whether or not the team has received any motivation from officials.

"The Sports Minister's presence is a motivation for us. I was surprised when I heard he was still around. At least when the players see him, they see him as their father," he said.

Appiah further confirmed that Jonathan Mensah is available for selection after missing games due to injury.

Ghana will be locking horns with the Carthage Eagles who they have a superior head-to-head record than on July 8, at 7:00 pm. In the seven outings against the two sides, the north African side have not won a single game with their best only been a draw.

In the lead up to the knockout stage, the Carthage Eagles did not record any win during the group stages, qualifying as one of the third best-placed team and the Black Stars topped their group.