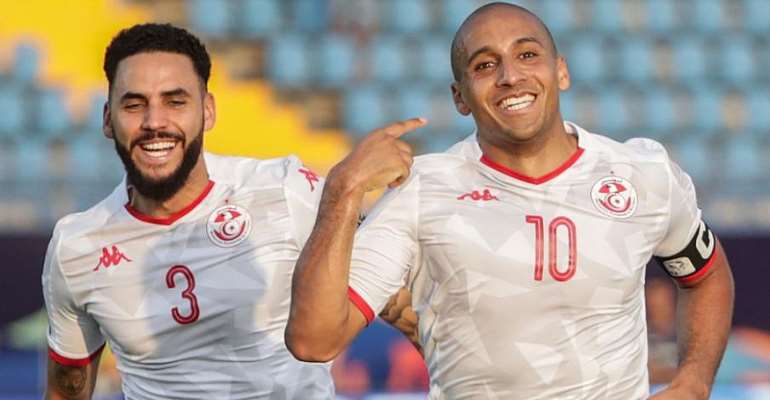 Ghana’s quest to win the 2019 Africa Cup of Nations will see them face Tunisia in a last 16 clash at the Ismailia Stadium on Monday 8 July.

Kick-off is at 9pm CAT.
Ghana’s Afcon campaign has begun to build momentum after they finished top of group F. The West Africans opened with a disappointing 2-2 draw against Benin and then held fellow heavyweights Cameroon to a goalless stalemate.

On Tuesday night, the Black Stars finally went up a couple of gears to secure a 2-0 win over Guinea-Bissau, thanks to goals from Jordan Ayew and Thomas Partey, and they will now be full of confidence heading into the knockout rounds.

Yet coach James Kwesi Appiah will stress the need for his charges to keep working hard and remain humble: the goal of winning the country’s first continental crown since 1982 remains far away and only a dogged determination will bring Ghana closer to the glory they have craved for the better part of 40 years.

And Tunisia will not be easy prey: the North Africans’ record of three draws in group E (against Angola, Mali and Mauritania) may not be impressive, but only a couple of goalkeeping errors denied them victories in two of those stalemates.

With that issue seemingly sorted after Hassen Mouez kept a clean sheet on Tuesday night, expect the Carthage Eagles to be resilient opponents – who also have no little skill going forward, especially in the likes of Wahbi Khazri and Naim Sliti.

In head-to-head stats, Ghana and Tunisia have met in 17 previous matches. The Black Stars have claimed 10 wins compared to four for the Carthage Eagles, while three games have been drawn. The teams’ most recent meeting was an international friendly in January 2013 in Abu Dhabi which Ghana won 4-2.

The winners of this match will advance to face either Madagascar or DR Congo in the quarterfinals on 11 July in Cairo.