AFCON 2019: Five Things Black Stars Must Do To Eliminate Tunisia 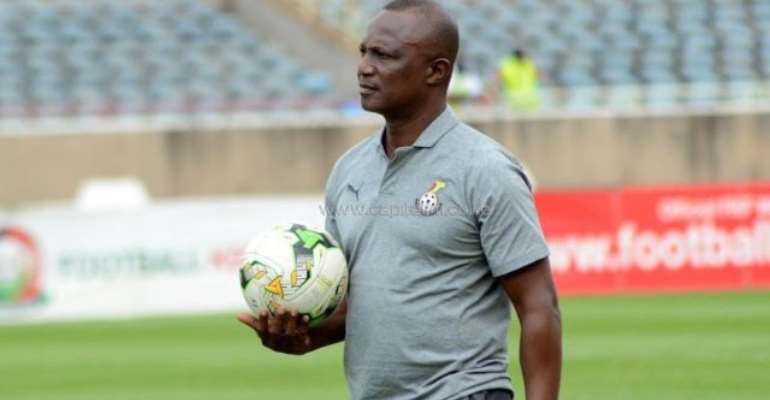 Ghana and Tunisia are set to battle it out for a place in the quarter-finals of 2019 Africa Cup of Nations. Both teams are yet to taste defeat in the ongoing tournament although, in contrast, the campaign of the Carthage Eagles has not exactly been one to write home about.

In retrospect, three consecutive draws at the group stage are far from the kind of form any team that seeks to stamp its sovereignty on the African continent would showcase. That is not to say that the Black Stars deserves a tap on its back considering it has also managed just a win and two draws in Egypt.

Nevertheless, Kwesi Appiah's men have improved with each passing game and their biggest test yet would last for at least 90 minutes in Ismalia on Monday.

With the Black Stars unbeaten against the North Africans in 56 years, six wins and a draw in seven meetings, Here are five things the four-time African champions must do to eliminate Tunisia. 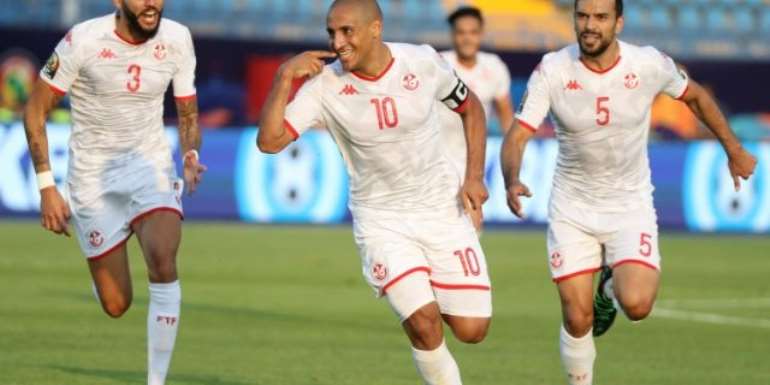 Defend narrow and squeeze up
Tunisia’s attacking quartet of Msakni, Khazri, Sliti, and Srarfi are a versatile, fluid group, capable of popping up all over the attacking third. However, somewhat fortuitously for Ghana, they do not offer pace in behind or provide any threat in the air. In essence, they all seem to want the ball 25 yards from goal in the middle of the field almost each and every time. Their rotational movements can cause issues, especially if accompanied by a marauding fullback offering width.

Nevertheless, if Ghana keeps its defensive composure, it can construct a shallow, narrow cage in which they can contain Tunisia’s danger men comfortably, forcing them to execute in tight areas of the field.

This has both an offensive and defensive function. Defensively, Ghana should be aware that the Tunisian fullbacks will provide width, with Kechrida notable for providing real thrust down the right. The Black Stars wingers will have to screen or track the fullbacks around the clock. This is easier on the right, where the Carthage Eagles’ right-footed Meriah does not have the best angle to pass to Haddadi.

Nevertheless, offensively, the Ghanaian wingers will need to know where Tunisia’s fullbacks are positioned as well. They can be caught really high up the field in transition, leaving acres of space behind which Tunisia’s rather torpid double-pivot midfield cannot cover. Furthermore, they will often be very tight to the players they mark - a give-and-go or a pass and move into space will leave them scrambling.

Draw Tunisia out as often as possible
A theme here is an overall lack of speed in the Tunisian ranks. Compounding that issue is a lack of organisation when they press, and the ease in which overloads can resultantly be created.

As seen in their final group game against Mali, having a wide back three in build-ups (two centre-backs and one member of the midfield double pivot) with a central midfielder (the other member of the double pivot ) flanked by two wide men, high fullbacks often sucked Tunisia into pressing action.

More often than not, this leads the North Africans to be easily bypassed because the holding central midfielder was poorly covered or, at times, an attacker was not properly tracked. From there, one can often find them drastically undermanned at the back.

Should that be the case, the Ghanaians can overload their half of the pitch easily. For maximum and successful impact, they should angle to pull this off via the flanks where the defensive work rate of Tunisia’s wingers has so far left a lot to be desired.

Be decisive on the counter-attack
In the games against Angola, Mauritania and Mali, whenever Tunisia is caught in transition, the players knew instantly where to go with the ball and trusted that their teammates will be on the same page. As a result, the Ghanaians must send the balls down the channels as soon as they are turned over. Concurrently, the attackers must make the run and the ball carriers can move into space vacated if those runners are tracked.

By leaving the likes of Samuel Owusu, Thomas Agyepong or Dede Ayew a little higher with Jordan Ayew, they should be able to carve out counter-attacking opportunities readily and potentially get on the scoresheet before the North Africans can sort out their disorientation.

Test the goalkeeper early and often
This is where the involvement of gun-slingers Thomas Partey and Wakaso Mubarak comes in handy. Whether from shots, crosses, set pieces or teasing through balls, Ghana must test the Tunisian goalkeeper’s confidence as often as they can.

Confidence at the back starts with the goalkeeper, and it’s clear that a lack of confidence from and in the man between the sticks has caused a litany of issues at the back for Tunisia albeit the opponents they faced in the group stage failed to hit the target. Those issues will only be complicated by an early barrage aimed at testing whatever confidence remains in the Tunisian goalkeeper.