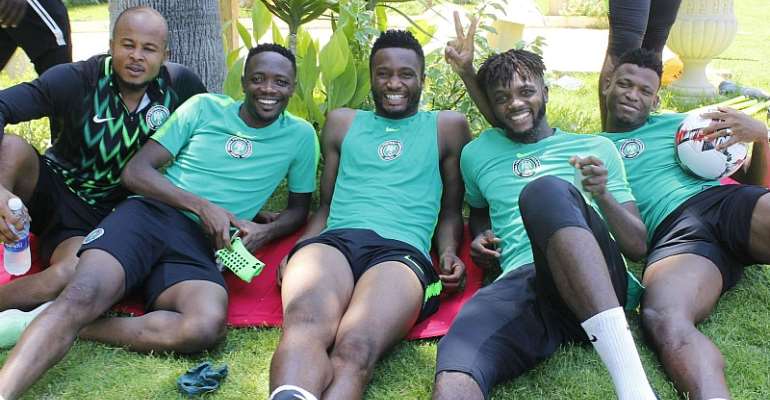 John Mikel Obi has handed the Super Eagles of Nigeria a selection boost ahead of their Africa Cup of Nations quarterfinal against South Africa.

The former Chelsea midfielder took part in light training during the team’s recovery session on Sunday morning, seven days after he limped out of Nigeria’s 2-0 defeat to Madagascar.

With this development, head coach of the side, Gernot Rohr would be positive about his chances of playing against Bafana Bafana for a place in Afcon semifinal on Wednesday.

He had given a positive update to the press after his men silenced Cameroonian Saturday’s Round of 16 encounter in Alexandria.

“Mikel is trying to run already, so we will see if he could be fit one time for [South Africa] clash,” he said.

Shehu Abdullahi, meanwhile, could be considered for selection after recovering from a hamstring injury suffered against Burundi.

“We hope that Shehu [Abdullahi] can come back, he was on the bench [against Cameroon],” Rohr continued.

“Right now, I’m very happy that we have competition for positions in the team, it us choices to make in case other players are tired or injured.”

'Pushing for nuclear power in Ghana is wasteful and ill-advi...
35 minutes ago