AFCON 2019: Don’t Shed A Tear For Egypt, They Got What They Deserved 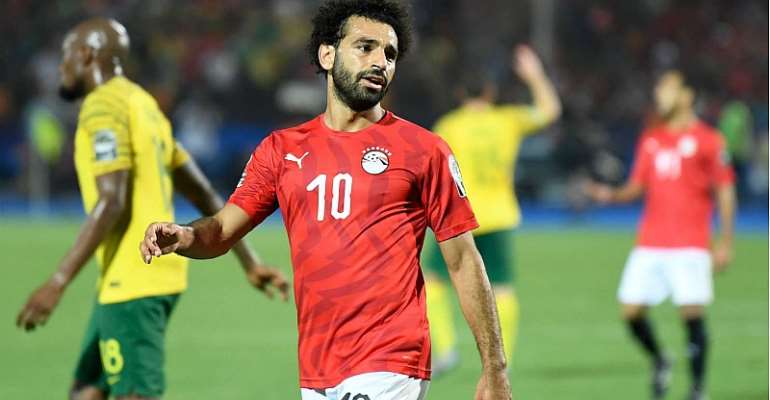 Egypt’s 1-0 defeat by South Africa in the Round of 16 of the Africa Cup of Nations left an entire nation stunned and silenced...but it wasn't entirely unforeseen.

The dream of an eighth Afcon crown on home soil was shattered after a Thembinkosi Lorch finish in the 85th minute left nearly 75,000 fans at the Cairo International Stadium shell shocked.

Bafana Bafana pulled off the unexpected win to dampen celebrations for Egypt's 100th game at the finals, but was the defeat of Javier Aguirre’s men really a surprise, or had an early exit been in the works?

The Pharaohs never got going at the 32nd Afcon finals: they needed a Mahmoud ‘Trezeguet’ Hassan moment of brilliance to defeat Zimbabwe 1-0 in the competition’s curtain raiser, had the woodwork come to their rescue twice against DR Congo, before sealing an unconvincing 2-0 win, and were in Mohamed El-Shenawy’s debt after the goalkeeper made a glut of saves in their 2-0 success against Uganda.

Statistically, though, everything was perfect for Aguirre’s troops; they’d secured maximum points after the group stage, were joint-second top scorers with five goals, bettered by only Mali with six, and hadn’t conceded a single goal.

Be that as it may, the North Africans weren’t pulling up any trees and seemed to be playing within themselves, regardless of the partisan support.

After every game, the regurgitated rhetoric seemed to focus on how results were the most important thing.

While that argument isn’t far from the truth (especially in cup competitions), doubts always remained about the sustainability of their approach.

In truth, the heavy criticism of Egypt might have been milder if they had an element of control in their games. However, they lacked cohesion in their opening three fixtures, weren’t creating the best chances and were conceding several opportunities.

Mohamed Salah, the nation’s talisman, also failed to get going at the competition, goalscoring numbers aside. While the Pharaohs’ manager did promise to relieve the Liverpool man of the extreme dependence the side had on him, the plan surely wasn’t to have him mostly uninvolved, and unable to come up trumps in decisive moments.

In his defence, he did create Egypt’s biggest opportunity against Stuart Baxter’s men, but Trezeguet – who missed a presentable opportunity in the first-half as well – fluffed his lines.

While the wideman had stepped up to the plate in the first three games to take some of the burden off Salah, on a day his nation really needed him, he failed to deliver.

Another reason the defeat by South Africa rankles is because it came against a side that had been vilified back home for their unimpressive outings as well.

After three games, Baxter’s men had only scored a goal and let in two which resulted in a third-place finish in Group D behind Morocco and Ivory Coast. They eventually progressed as one of the four best sides to end in third but weren’t given much of a chance to see off the hosts.

However, to their credit, Bafana Bafana were visibly motivated on Saturday evening and gave everything in Cairo. Their attacking intent was palpable from the first whistle as they weren’t deterred by the mammoth crowd. If anything they were roused by the occasion while Egypt seemed to cower and wither.

For a bit of context, the Southern Africans had more shots against the Pharaohs (14) than they could muster against Ivory Coast and Morocco combined (4). Against Aguirre’s men, they had six shots on target and created two big chances, but failed to register any against their group opponents.

They were full value for the win and deserved to go through to the last eight where they’ll play three-time champions Nigeria.

As for Egypt, the defeat shatters hopes of nearly a hundred million people of the crown returning to the country after a nine-year absence. Having secured the Nations Cup title on three of the four previous occasions they’d hosted the continent’s biggest international competition, the expectation was to make that four in five.

Furthermore, after falling to a 2-1 defeat at the hands of Cameroon in the 2017 final, the hope was to go one better this time around on home soil and improve on their seven African titles.

However, it wasn’t meant to be, and Aguirre has paid with his job.

He and Hany Ramzy, Pharaohs legend and assistant manager, constantly promised better performances as the tournament progressed, but nothing seemed to change, and the disjointed showings persisted.

Don’t shed a tear for Egypt as, on merit, they got what they deserved... elimination.

Don’t give me reason to close down schools again – Akufo-Add...
36 minutes ago