AFCON 2019: 'We Are Not Under Pressure To Win Against Nigeria', Says Cameroon Coach Seedorf 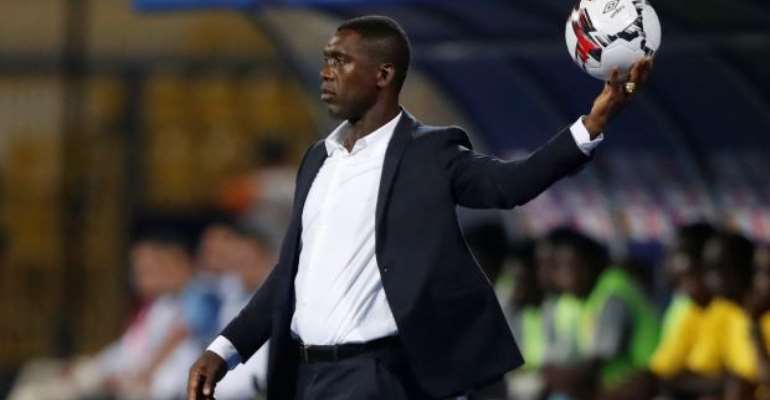 Head coach of the Indomitable Lions of Cameroun, Clarence Seedorf says his side are not under pressure to beat Nigeria in the Round of 16 of the 2019 Africa Cup of Nations.

The defending champions face the 2013 champions, the Super Eagles, today at the Alexandria, and Seedorf said pressure is not on his card.

“Pressure is second skin for me and I’m happy to be leading Cameroun to defend their title. It’s an honour playing against Nigeria at the AFCON, ” Seedorf told a media conference on Friday.

“We will respect Nigeria because they can improve on what they’ve shown so far in this tournament.

“So, we expect them to be much improved against us and we have to be ready.”

The Indomitable Lions have scored a paltry two goals in three games in the competition, but Seedorf hopes his team will get more ruthless in front of goals starting from the game against the Super Eagles.

“We’ve analysed our lack of goals and we believe it’s down to nervousness on the part of the players. We also need to improve on our movement and positioning,” he stated.

“It is good that we have not conceded too. I hope tomorrow things will be better for us.”

We're worriers, no needle allowed to enter our body — Kumbun...
53 minutes ago