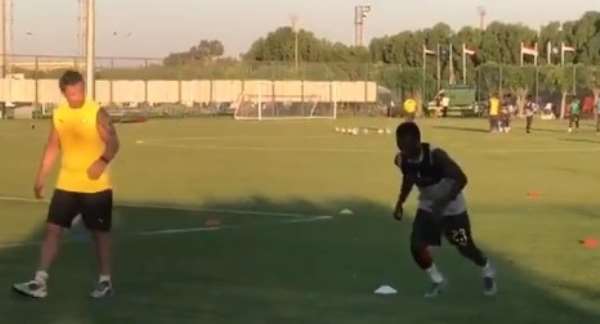 Black Stars winger Thomas Agyepong trained solo on Friday, July 4, 2019, in a bid to recover fully from his injury as he aims to be 100% fit for Ghana’s round of 16 fixture against the Carthage Eagles of Tunisia.

The Manchester City attacker picked up a knock when Ghana played her first match of the 2019 Africa Cup of Nations (AFCON) tournament against the Squirrels of Benin.

That injury ruled him out of the remaining two matches in Group F but he has now gained fitness and looks set to feature for the Black Stars in their next match. Despite resuming training with the whole squad today, he had to do it alone as a precautionary measure from the medical team.