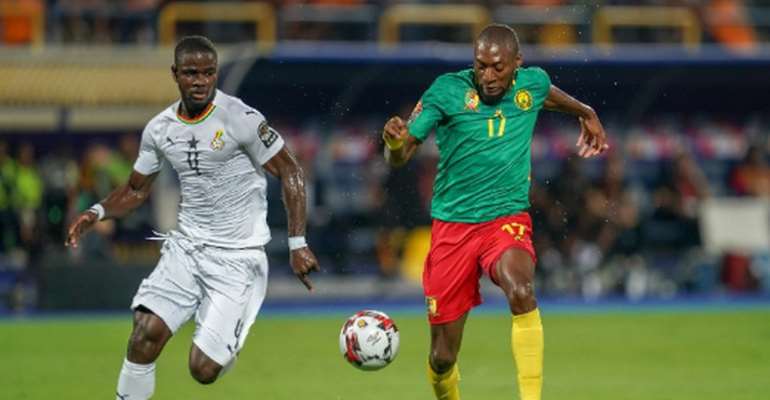 Ghana are struggling on the fitness of defender, Jonathan Mensah ahead of Tunisia clash on Monday.

The Columbus Crew centreback was sidelined due to injury in Ghana’s clash against Guinea Bissau missed training on Thursday.

The former Udinese defender was the toast of Ghanaian football fans as he provided solid defensive cover as the Black Stars settled for a goalless draw against the Indomitable Lions of Cameroon.

Jonathan Mensah, however, was ruled out of Ghana’s final Group F tie against Guinea Bissau due to injury.

He was missing in action when Ghana trained on Thursday.

But it is understood, the Black Stars team doctors are monitoring his recovery as they are not keen on rushing him out of the injury to further complicate matters for the USA-based centre-back.

Jonathan Mensah is expected to return training as Ghana prepare for their crunchy quarter-finals game against Tunisia on Monday.

If Jonathan recovers on time, he is expected to partner Kassim Nuhu, who also missed out on Ghana’s 2-0 win over Guinea Bissau due to suspension at the centre back.

Jonathan Mensah has been part of the Black Stars since 2010 and he is now one of the most experienced players in the team.