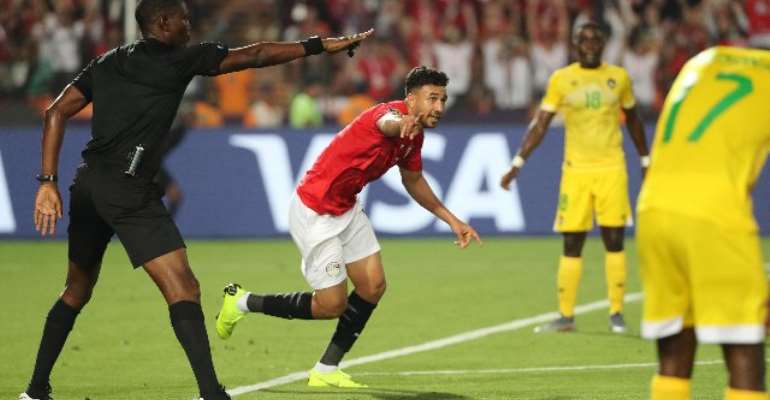 Trezeguet of Egypt celebrates goal during the 2019 Africa Cup of Nations Finals football match between Egypt and Zimbabwe at the Cairo International Stadium, Cairo, Egypt on 21 June 2019 ©BackpagePix

This was a match no one wanted to miss because many saw it as a match between two Premier League greats, Mahrez and Mane. However, it was far from that. The two teams matched each other ‘boot for boot’. Football lovers were served with counter-attacks, great set pieces and missed opportunities. At the end of the day, Algeria carried the day after a wonderful goal by Youcef Belaili . 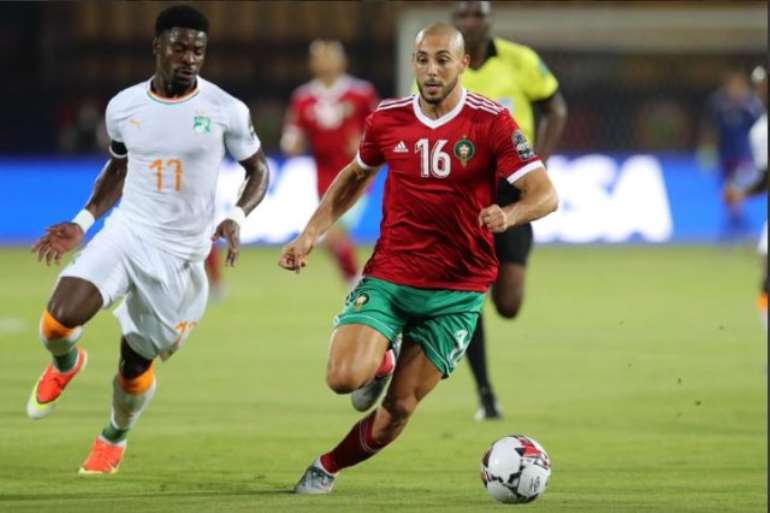 En-Nesyri might have scored the goal but Amrabat sensational assist carried the day. The Moroccan’s ability to hold the ball and get past four players to set up the goal still beats the mind of many football fanatics. His great display during the match won the admiration of many and most importantly the game and is arguably the best assist of the competition.

4. MANE GETS A SECOND BITE AT THE CHERRY

In the last game of the group stage, Senegal needed a win to secure a place in the knock-out stages. However, The Teranga Lions struggled to find the back of the net in the early stages of the game against Kenya. The hopes of the Senegalese were raised to the brim when a penalty was awarded to them in the first half but Mane dashed their hopes by shooting the ball into the hands of the goalkeeper. Nonetheless, it did not take long for the striker to silence his critics by scoring twice to help his team get the maximum points to send them to the round of 16.

Tournament debutants Madagascar have their heads held high as they achieved the unimaginable. The Barea topped group F with style without losing a single match. Madagascar finished the group stage on a spectacular note as they capitalised on the sloppy defence of Nigeria to score two goals. Ranked 108th in the world, many did not expect them to qualify for the next stage. Madagascar have defied all odds and will go into their round of 16 match against DR Congo knowing that they have a realistic chance of making more history.

I haven’t said NPP is Majority in Parliament – Bagbin clarif...
24 minutes ago