AFCON 2019: We Are Nurturing Black Stars To Be Monsters With Appearance Fee, Says Former Minister 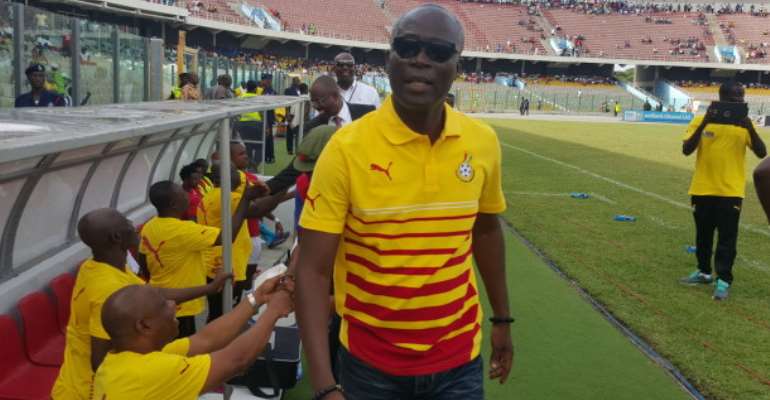 Member of Parliament for Odododiodio constituency, Nii Lantey Vanderpuye has reiterated that it is worry to subject the Black Star players to only monetary gains and incentive.

After the Black Stars qualified for the round 16 of the 2019 Africa Cup of Nations, it has been reported that the players have been given a huge sum of money as their winning bonus and appearance fee.

But the former Youth and Sports Minister has expressed worry at the rate at which state funds are used to sponsor the Black Stars.

"We are nurturing monsters, and they will devour us tomorrow," he told Asempa FM. "That is why I discouraged the payment of Appearance fees to the Black Stars, and you don’t pay appearance fees at the Africa Cup of Nations.

He further said, the amount of money being spent on the Black Stars was too much, and will be difficult to reverse that in future

The former minister, speaking on a wide range of issues involving the Black Stars also stressed that it was dangerous to subject the Black stars to monetary motivation.

“Why can’t we spent these sums of monies on the provision of potable water to deprived communities, than what we are seeming,” he added.

Mr Vanderpuye, who is also a member of the Sports and Culture committee of Parliament noted that the government did not present any budget on the activities of the Black Stars going to the AFCON to Parliament.