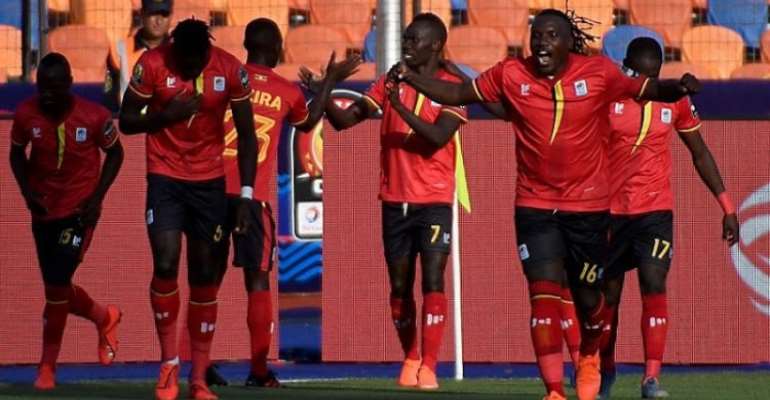 Uganda will lock horns with Senegal in the 2019 Africa Cup of Nations (Afcon) round of 16 match at the Cairo International Stadium on Friday.

Kickoff is at 19:00 GMT.
The Cranes are set to make their maiden appearance in the knockout phase since 1978 after finishing second in Group A.

Sebastien Desabre’s men secured a 2-0 victory over DR Congo, before drawing 1-1 with Zimbabwe and they ended their group stage campaign with a 2-0 defeat to Egypt.

French coach Desabre feels that anything can happen after leading the 1978 Afcon runners-up to the knockout phase.

“We have reached the second round, which was the minimum target set for us by the national federation,” Desabre said.

“And anything can happen in knockout matches.”

Goalkeeper Denis Onyango and striker Emmanuel Okwi are Uganda’s key players and they will be keen to help their nation stun Senegal.

Meanwhile, Senegal, who are one of the tournament favourites, booked their place in the knockout stage after finishing second in Group C.

The Lions of Teranga brushed aside Tanzania 2-0, before losing 1-0 to Algeria and they secured a second-place finish after thrashing Kenya 3-0.

“We saw the kind of football they played against Egypt,” said Mane, who is widely regarded as one of the best African footballers at the moment.

“They are a good side and we will need to be at our best to beat them.”

Mane and midfield maestro Idrissa Gana Gueye are Senegal’s key players and they will be looking to inspire the 2002 Afcon runners-up to victory over Uganda.

In head-to-head stats, Uganda and Senegal have clashed four times.

Senegal are undefeated against Uganda having recorded two victories and two draws.