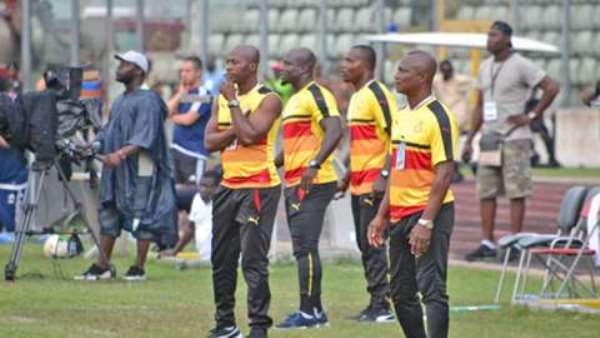 Ranking Member on the Parliamentary Select Committee on Youth, Sports, and Culture, Hon. Alex Agyekum has called on the technical handlers of the Black Stars to step up and do the needful ahead of their round of 16 clash with Tunisia in the 2019 Africa Cup of Nations (AFCON) tournament.

Ghana finished the preliminary stage of the ongoing tournament in Egypt as winners of Group F ahead of defending champions Cameroon, the Squirrels of Benin and the Djurtus of Guinea Bissau.

Despite progressing into the knockout phase, the performance of the team in their first two matches raised some concerns as to the abilities of the team to end the 37-year old trophy drought and finally bring home the cup.

Speaking in an interview after Ghana beat Guinea Bissau in the final group game, Hon. Alex Agyekum has implored the technical bench of the team to do the necessary arrangements to prepare the team very well before facing their opponent in the knockout stage.

“I believe that Ghana over the years we keep on progressing. Game after game we progress. So I believe that the performance today will ginger the boys up”.

“All we are asking for is for the technical bench to do what is needful so that going into the next game we will be able to face those teams that are likely to come before Ghana”, the Member of Parliament for Mpohor said.

Ghana comes up against the Carthage Eagles of Tunisia on Monday, July 8, 2019, at the Ismailia Stadium.